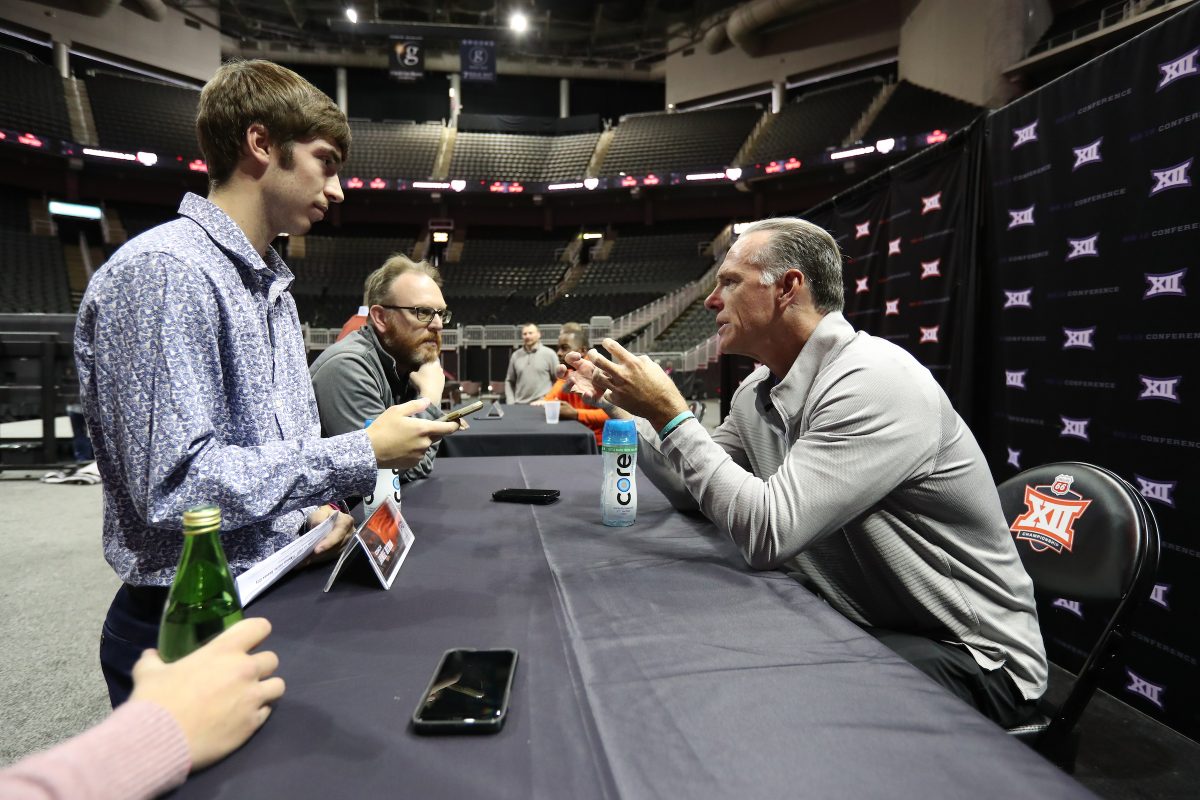 The third week of Big 12 men’s basketball saw the league whittle things down to just one undefeated team in league action. Here are three takeaways from last week.

Don’t forget about our new feature for men’s basketball — Daily Fantasy Lineups. Every night a Big 12 team is part of the Draft Kings pool, I’ll provide my picks for the game, along with my complete lineup. The hope is that by Big 12 play, I’m able to put together a full Big 12 lineup during conference games.

The road to Kansas City and the Big 12 Tournament is here. Follow Heartland College Sports all season.

TCU Has a Rebounding ‘Problem’

TCU coach Jamie Dixon has a goal when it comes to rebounding each game — plus-10. He wants the Horned Frogs to outrebound their opponent by 10 each game. He feels it is one of those leverage points on the stat sheet that can lead to a win.

So what gives? Does Dixon’s formula not work anymore?

No, it still works. It just requires adjustment when your team’s defense is as good as TCU’s is this season.

That’s not a bad problem to have. Against K-State the Horned Frogs forced 20. When I saw them play Texas Tech on New Year’s Eve they forced 23. Through five league games, TCU has the best turnover margin at 4.0. The Horned Frogs force 16.8 per game, best in the Big 12.

Dive into KenPom rankings and TCU’s defense is No. 21 in adjusted defensive efficiency (points allowed per 100 possessions, adjusted for opponent).

Guards Mike Miles and Damion Baugh are totally bought in and do a great job of denying passing lanes and creating havoc on dribble drives. Emanuel Miller has long arms and quickness that allow him to make quick decisions, especially defending dribble drives. Eddie Lampkin gives the Horned Frogs a shot blocker and influencer, something not every Big 12 team has. The rest of Dixon’s roster — and he’s one of the few Big 12 coaches that can go 10 deep defensively — know their role and rarely deviate from it.

This group held Kansas State guard Markquis Nowell to 14 points. Baugh did much of the work, but Miles, Miller, and the rest of the Horned Frogs helped, playing great team defense behind him.

The turnovers allow TCU to be the best transition team in the country, something they also spent countless hours working on this summer. Dixon says it’s “impossible” to be plus-10 in rebounding and force 20 turnovers.

So he’ll take what he can get.

“But the good thing about turnovers is they’re turning into transition baskets, so we recognize that,” Dixon said.

Texas Tech forward Fardaws Aimaq made his season debut on Saturday at Texas. He looked solid for a player who had his leg in a cast for three months and only got out of it six weeks ago.

He didn’t start, but he ended up playing 29 minutes, scoring 12 points and grabbing five rebounds. He was on the floor for the final sequence of the game, which saw the Red Raiders try to intentionally miss a free throw in the hope that Aimaq could get carom. He wasn’t able to do so.

But he and the Red Raiders struck a hopeful tone after the loss, which dropped them to 0-5 in Big 12 play.

Texas interim coach Rodney Terry talked about Aimaq’s impact on the game during his postgame interview.

“He gets his feet under him and he’s going to be tough to deal with the second half of the season,” Terry said.

Given all the drama around Aimaq’s injury, that’s all Texas Tech can hope for. When I talked to Red Raiders coach Mark Adams in October, he said Aimaq has a “big part” of what they wanted to do this year. There was no question the Red Raiders were going to respond after a 26-point loss to Iowa State.

The only thing that would have made this response better was to find a way to win.

Aimaq is a game-changer for Texas Tech, now that he’s healthy. He averaged a double-double last season. Few players in the league can rebound, protect the rim and shoot from distance the way he can. Add him to an already good team? Well, note what Terry said — the second half of the season?

If Aimaq gets those legs under him quickly, the Red Raiders will absolutely be hard to deal with and can play their way back into the NCAA Tournament hunt.

He can make THAT much of a difference.

You Should be Paying Attention to Grant Sherfield

I feel we’re not appreciating Oklahoma guard Grant Sherfield enough, at least not outside of Norman. So, a few things:

The Nevada transfer is leading Oklahoma with 17.8 points per game.

While Sherfield’s 3-point percentage has dropped in conference play, he’s still averaging 44.8 percent for the season. If you look back at his career at Nevada, He’s never shot better than 36.7 percent from distance in a season.

He’s shooting better than he ever has in his career overall (44.4 percent).

He’s also playing some of the best defense of his career.

OU was hyper-reliant on Sherfield early because the team’s younger guards hadn’t proven themselves yet. That’s changed. Milos Uzan is growing into a reliable player and has taken some ball-handling duties from Sherfield. That’s already starting to translate. Sherfield had 22 points against West Virginia on Saturday, coming off a 25-point game against Kansas.

Don’t let the fact that the Sooners are leaving the league soon prevent you from firing up the TV one night and watching Sherfield play if you haven’t already.