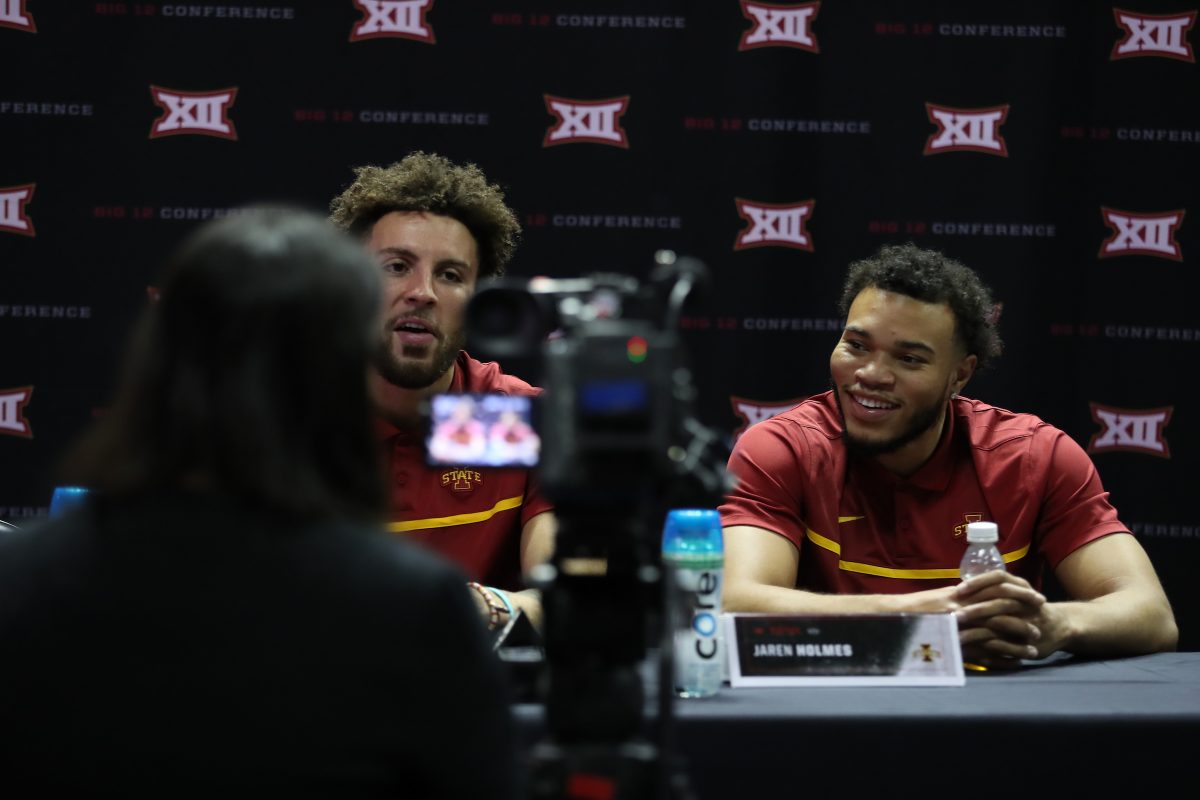 Jaren Holmes has played several home games at Iowa State’s Hilton Coliseum this season. But nothing like Tuesday night against Texas.

The No. 12 Cyclones defeated the No. 7 Longhorns, 78-67, in a matchup of Top 15 teams. Holmes had a great game, scoring 21 points with three rebounds, two assists and a steal.

The Cyclones (14-3, 5-1 in Big 12) ratcheted up the atmosphere at Hilton Coliseum, turning it into a sold-out white-out game. It was also the first Big 12 game the Cyclones have played at home since students returned to school.

There’s always ‘Hilton Magic’ in the air in Ames, but Holmes hadn’t seen anything quite like Tuesday night.

“The white-out was insane. I didn’t expect it,” Holmes said. “I talked with Gabe (Kalscheur) before the game about it and he said, ‘No, it’s gonna be crazy.’ But I didn’t expect that.”

Holmes continued to describe the night as “surreal.”

“It was almost like an NBA playoff game,” Holmes said. “That’s intense, the fans on the edge of their seats and standing up. It shows the passion that this great university and these great fans have for us.”

Holmes transferred to Iowa State from St. Bonaventure before the season. The Bonnies play in the Reilly Center, an arena ESPN’s Jay Bilas once named as one of his “Top 5 Hostile Homes.”

Hilton wasn’t necessarily hostile on Tuesday night. It was just lit up with that good old-fashioned ‘Hilton Magic.’

The Cyclones are preparing to take on Oklahoma State in Stillwater on Saturday before they host Kansas State next Tuesday.