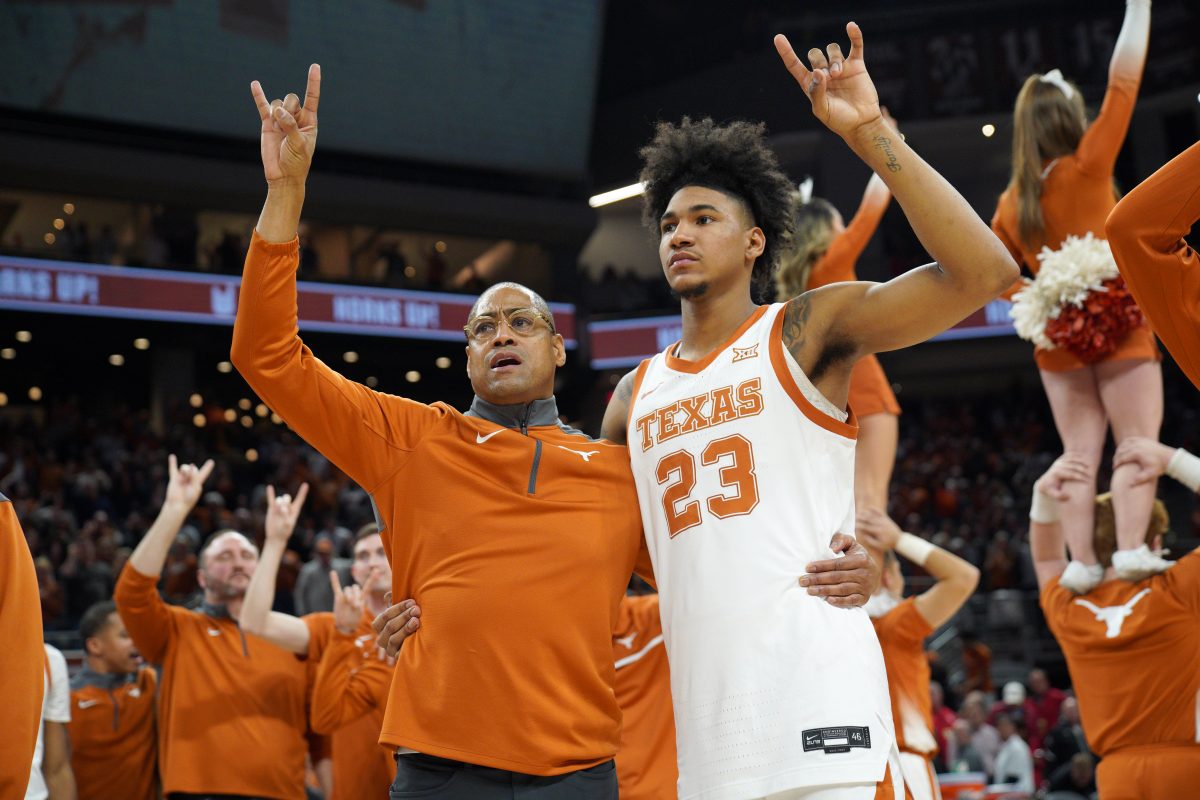 Just over two weeks ago, Texas basketball coach Chris Beard was officially fired from his post after a domestic incident with his fiancee landed him in jail and with charges against him.

Since Beard’s dismissal, the Longhorns have gone 9-2 under interim head coach Rodney Terry, who served as an assistant on Beard’s staff. With that kind of success, Terry is making himself a legitimate candidate to take the full-time position, even with names like John Calipari and Eric Musselman floating around.

If he is going to take the reins and establish himself as the frontrunner for the job though, he will need to keep winning and building his team’s resume heading into the NCAA Tournament in just a couple of months.

The Longhorns lost a tough game on the road at Iowa State earlier this week but will have the chance to turn things around against West Virginia on Saturday. After that, Texas will host Oklahoma State and then will prepare for their Big 12-SEC Challenge matchup with No. 9 Tennessee. A win against the Vols would be monumental in removing his interim tag, according to Brandon Jenkins of 247Sports.

“The magnitude of a win in Knoxville could be quite impactful in Terry’s case to remove the interim tag,” Jenkins writes. “He will be facing his former boss in Rick Barnes who he coached under for nine seasons at Texas.

“A win against one of the best head coaches of in program history should make waves with Athletic Director Chris Del Conte and those else involved in the hiring process.

“For Terry, the more wins he strings together the stronger his case becomes. A strong finish to the regular season and a good run in the NCAA Tournament would be things that Texas would have to take a hard look at. Especially when he’s got strong internal support. Sources close to the situation have indicated to 247Sports that this team really likes playing for Terry and five-star commitments Ron Holland and AJ Johnson have each publicly supported Terry since he’s taken over as the interim coach.“

Now, support from his players and the recruits he is after isn’t going to earn him the job at Texas, but it certainly doesn’t hurt his case. Keep winning, and keep the positive momentum going and the Chris Beard situation will soon be nothing but a memory, with Rodney Terry potentially leading the Longhorns’ program for seasons to come.