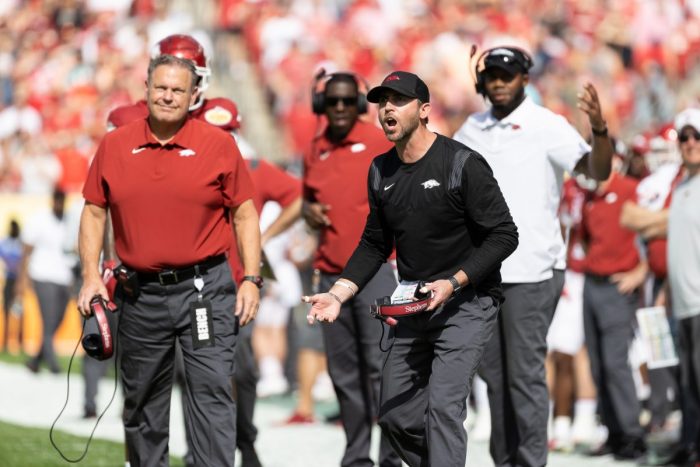 Riley, who was the 2022 Broyles Award winner as the nation’s top assistant coach, signed a three-year deal with Clemson worth $1.75 million annually along with a $300,000 signing bonus.

Hiring Briles will allow TCU to continue with an Air Raid-style attack that Sonny Dykes has become so well-known for and will allow the Horned Frogs to implement a scheme right away without having to retool their offense to fit a new system.

There has been some public backlash to this hire after the events at Baylor from 2012 to 2016. Although Briles’ father, Art, was the head coach in Waco at the time of the despicable acts that occurred there, Kendal and many other members of the coaching staff were said to have no knowledge of what was happening under their knowledge.

From a football standpoint, this is a home run hire for the Frogs as Briles is seen as one of the brightest offensive coaches in the nation and was regularly tearing up SEC defenses on Saturdays over the last three seasons in Fayetteville.

Arkansas averaged 32.5 points per game in 2022, the program’s best average over the last seven seasons, and also averaged 471.2 yards per game. K.J. Jefferson, Arkansas’ do-it-all quarterback, threw for 2,648 yards and 24 touchdowns with just five interceptions while completing 68% of his passes. Jefferson also rushed for 640 yards and nine scores on the year, making him one of the most dynamic quarterbacks in the SEC.

Briles was set to make $1.25 million with the Razorbacks in 2023, according to his contract. He served as Arkansas’ offensive coordinator from 2020 to 2022 and had the same title at Florida State in 2019 before he was hired by Sam Pittman at Arkansas.