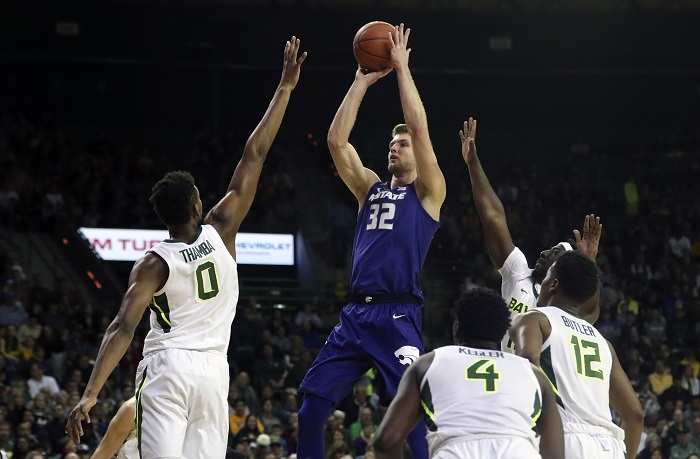 The Cleveland Cavaliers are currently sitting in fifth place in the Eastern Conference and ahead of their match with the Milwaukee Bucks, they’ve received some good news.

After missing seven straight weeks with a shoulder injury, Cleveland Cavaliers forward Dean Wade is planning his return against Giannis Antetokounmpo and the Milwaukee Bucks, according to ESPN.

The former Kansas State Wildcat is coming back from a shoulder injury amidst his best statistical season as a professional basketball player and the Cavaliers are very fortunate to get him back. Wade suffered an AC joint sprain in his left shoulder on Dec. 2, which has kept him on the sidelines this season.

Wade started nine of his 17 games, averaging a career-high 24.1 minutes. Prior to the injury, Wade had been shooting a career-high 41.1% on three-pointers, and defensively ranks in the top 10 in shot quality allowed, according to Second Spectrum.

Wade has quickly become one of the feel-good stories of Big 12 athletes making a career at the professional level. Wade was an undrafted player out of Kansas State in 2019 who blossomed into a key player for the Cavaliers. After signing a three-year, $18.5 million contract extension in the summer. Wade is considered one of the Cavs’ most dependable players.

Did Gary Patterson’s Wife Tweak TCU With This Tweet?
Saturday is the Three Year Anniversary of the Kansas vs. K-State Basketball Brawl
To Top