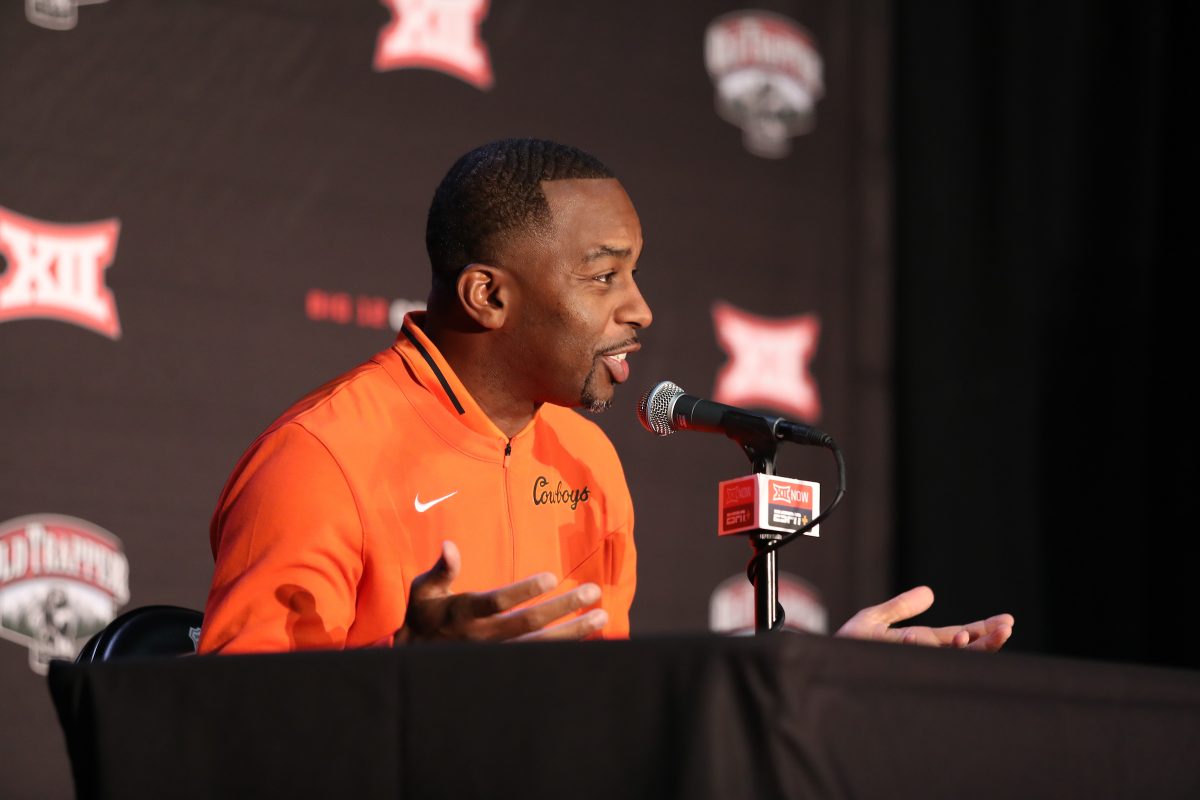 Oklahoma State’s 61-59 win over No. 12 Iowa State on Saturday at Gallagher-Iba came with a postgame celebration with the fans.

For the Cowboys (11-8, 3-4 in Big 12) it was their second straight victory after beating Oklahoma in the first Bedlam matchup of the season on Wednesday.

One could argue beating the Cyclones was bigger in terms of the overall season for the Cowboys, who are doing everything they can to get into the good graces of the NCAA Tournament selection committee after a slow start to league action.

Beating the Cyclones (14-4, 5-2) at home — a victory that the NCAA NET rating will consider a Quad 1 win — wasn’t lost on either the Cowboys or their fans after the game.

This could be part of the reason for the celebration.

The Cowboys and Cyclones played a spectacular game that came down to the wire and featured great performances on both sides.

The Cyclones — coming off a win at home against No. 7 Texas — got 15 points, seven rebounds and three blocked shots out of forward Osun Osunniyi, while guard Gabe Kalscheur played all 40 minutes of the game and scored 14 points. Tre King came off the bench to score 10 points.

The loss dropped the Cyclones out of a first-place tie for the Big 12 lead. Kansas State now leads the league by itself, the result if its win over Texas Tech and Kansas’ loss to TCU.

Bill Self On TCU Loss: ‘Everything They Did Today was Perfect’
Mark Adams Says Keyontae Johnson Playing Way Into NBA Draft
To Top