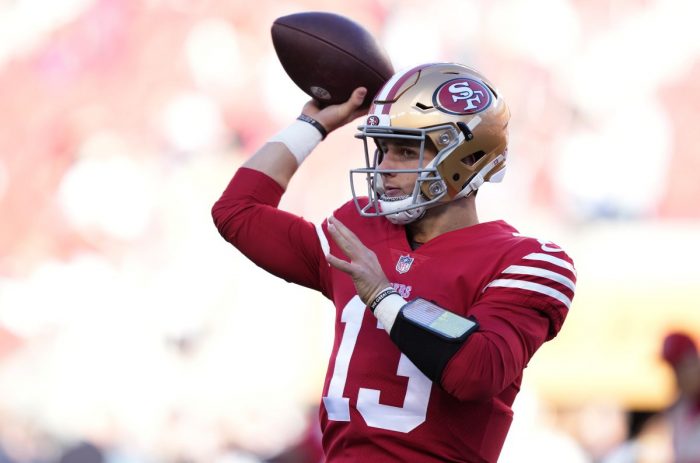 The San Francisco 49ers are heading to the NFC Championship Game for the third time in the past four season after beating the Dallas Cowboys 19-12 in Santa Clara, CA on Sunday night.

Purdy is now 7-0 as the 49ers starting quarterback. He didn’t have one of his best games on Sunday, but he certainly did enough to lead his team, finishing 19/29 for 214 yards, without a touchdown pass or an interception. His mistake-free football continues to get the job done for San Francisco, as the 49ers are looking to get back to the Super Bowl for the first time since the 2019 season, which they lost to the Kansas City Chiefs.

As Mr. Irrelevant, Purdy was the last pick of the 2022 NFL Draft and now becomes the first rookie quarterback to advance to a Conference Championship game since Mark Sanchez in 2009.

After the game, 49ers tight end George Kittle said about Purdy, “He’s only won seven in a row now, he’s playing at a high level. He’s awesome and confident in the huddle… he’s going to be great for us next week and continue on after.”

First things first, the 49ers now have to go to Philadelphia to take on the No. 1 seed Eagles, who dismantled the New York Giants on Saturday 38-7. Surprisingly, these two teams have only met once in the postseason, back in the 1996 Wild Card Game, which the 49ers won 14-0.

Purdy, when asked about next week by Erin Andrews after the game, said, “That’s what NFL football is all about. Going into a hostile environment like that, we’re excited. We’re ready for it.”