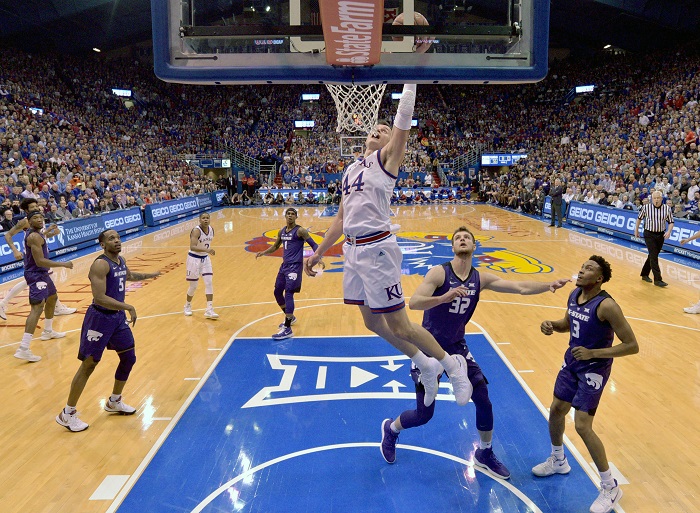 The Kansas Jayhawks just their third-straight contest in the midst of a brutal Big 12 schedule, the latest loss coming at the hands of Baylor, 75-69.

This, of course, has sent KU Twitter into a frenzy as the Jayhawks fan base is still enjoying the national championship from last season and hasn’t figured out how to cope with a trio of losses in a span of six days.

Mitch Lightfoot, a forward on KU’s 2022 National Championship squad, reached out and tried to show his support for Bill Self and the 2023 team.

However, the comments on that particular post quickly filled up with snide remarks and comments from upset fans. That, however, would not be something Lightfoot stood for and he doubled down on his support for Self and the Jayhawks, despite “some people” in the Kansas fan base.

While Kansas fans are freaking out, Coach Self isn’t hitting the panic button. He knows how difficult the Big 12 slate is from game to game.

“There is time to be reactive in a negative way if your team’s not doing well; this is not one of our times,” Self said. “I mean, we have gotten beat, granted. We got beat to a team that was projected to win the league tonight that’s really good, and they went through the same crap we’re going through right now. We got beat by a team (Kansas State) that’s fifth in the country right now at their place by one. And we got beat at home (against TCU) that could have beat anybody in the country Saturday. So, our league is that good. It’s going to be a grind.

“Our team isn’t talented enough that we can be disappointed when teams of equal talent play better than us and get frustrated with it. We don’t have as much margin for error as we’ve had in years past, and that’s OK. But you don’t have quite as much margin for error, and the other teams in the league are a lot better, it makes it tough. So, the difference in our league than in past — there’s just not games that you can look saying, ‘We can get well here.’ I mean, there’s none of those games.”

Kansas had better find a way to get things turned around, because the schedule just doesn’t let up. After its game against Kentucky, the Jayhawks host No. 5 Kansas State, head to Ames to take on No. 12 Iowa State, and then host No. 9 Texas. Something tells me things will be just fine for KU. Perhaps its the accolades over the years or the overall talent they have on the roster, but Kansas will turn this thing around. So, Kansas fans, you need to R-E-L-A-X.

Jalen Wilson After Third-Straight Loss: ‘No One is Going to Feel Sorry for Us’
Kansas on Brink of Historic Skid With Kentucky Looming
To Top