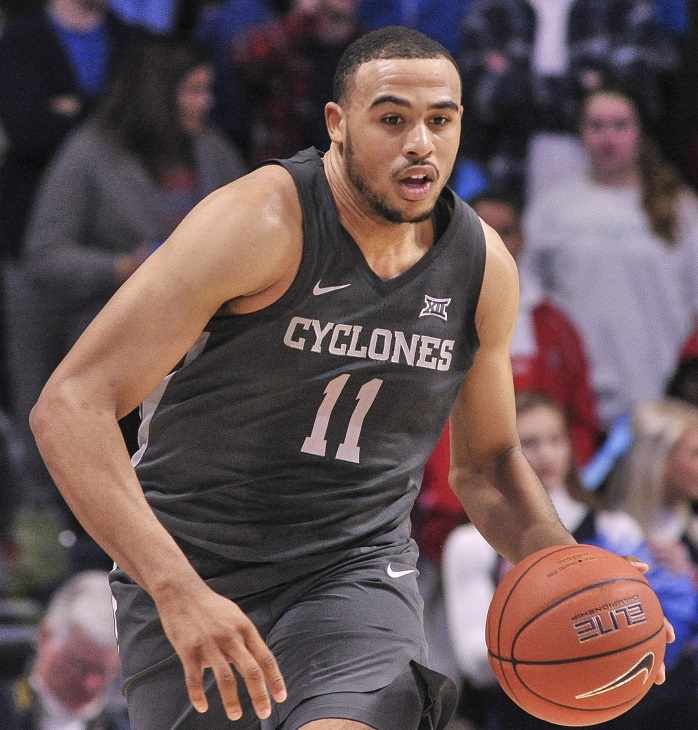 After watching each of the Big 12 games for Week 4 of the league season (Jan. 21-26), here is the Heartland College Sports Men’s Basketball Starting 5.

Despite a 1-1 week for the Jayhawks, Lawson has to be on the Starting 5 this week after two double-doubles — 29 points and 15 rebounds against Iowa State and 20 points and 15 rebounds against Kentucky. It will be no surprise if Lawson is a Wooden Award finalist this season. And with Kansas’ need for production inside, Lawson is in for a few more double-doubles.

Noi had a double-double against Texas — 15 points and 11 rebounds — and then put up 22 points against Florida in the Big 12-SEC Challenge. This came after he missed a game due to illness. He also has a 30-point game this season against Oklahoma. He’s emerging as TCU’s No. 1 option.

Iowa State’s freshman duo of Tyrese Halliburton and Talen Horton-Tucker have been a boon for the Cyclones this season. But Horton-Tucker had the big week last week. In the lost to Kansas he had 16 points. Then against Ole Miss he poured in 23 points, 8 rebounds and 5 assists in that big road win. Horton-Tucker hadn’t cracked double figures since the Cyclones beat Drake on Dec. 15.

The Bears have won five of their last six games and Mason is a big reason for the Bears’ 2-0 week. Against West Virginia Mason put up a whopping 29 points — his season-high — in a road win over the Mountaineers. Then at home against Alabama, Mason scored 13 points and had 4 assists. Alabama head coach Avery Johnson pointed out the obvious after the Crimson Tide lost to the Bears — Mason is “a problem.”

Oklahoma now has a freshman guard they can count on to run alongside Christian James and he did it in different ways last week. Against Oklahoma State he scored 17 points and had 3 steals in that win. Then, against Vanderbilt, despite not scoring a single point he had 5 rebounds, 7 assists and 4 steals. It’s a perfect example of impacting the game without scoring and an exhibit of Bieniemy’s growing maturity. Trust me — Lon Kruger loves it.

The Bears love his shooting and he had a solid week for them off the bench. Against West Virginia on Monday he scored 13 points. Then against Alabama he scored just four points — but those four points lifted Baylor from a 2-point to the 6-point lead in the final minutes to seal that win. He’s part of a bench that is growing in stature in the Big 12.