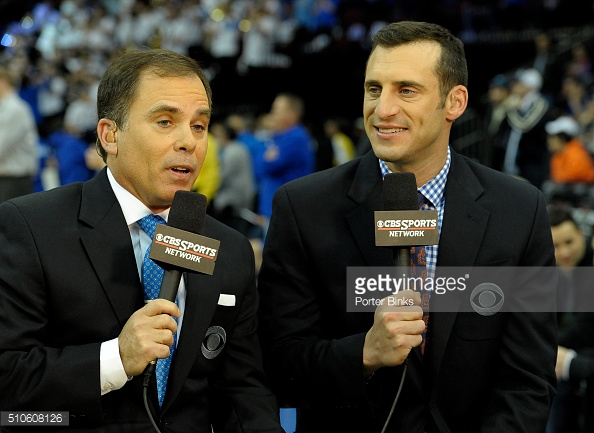 The 2015-2016 Oklahoma State basketball season should come to its merciful end in the next few days, and the Travis Ford era most likely ends with it. For the record I’ve always liked Ford. He seems to be a nice guy. His kids always play hard for him and he seems the genuinely care for them. He even has the furniture in his house scaled up to be comfortable for their six and a half foot plus frames, when he himself is not what most would call a tall man. But, being nice doesn’t win games and for whatever reason, be it scheme or coaching or bad luck, he just hasn’t won at the pace OSU fans expect.

The fans have made their opinion known. Gallagher-Iba Arena, the Madison Square Garden of the Plains, a college basketball palace and one of the best venues for the sport in the entire country, sits empty. What used to be one of the loudest, most intimidating places to play ball is now a shell. A hollow husk that seats almost 14 thousand is only drawing maybe four, and that is announced attendance. The actual number of butts in the seats is far lower. It’s embarrassing. It’s a black eye that is more than likely going to force athletic director Mike Holder to make a move despite owing Ford over seven million dollars if he is let go.

But the money isn’t the real issue. Buyouts can be negotiated down, and Ford will get another job which drops the payout even more. Even with the price of oil being down, OSU has donors with the money to help out if needed.

The real issue is, who’s next? Whoever Holder hires to replace Ford sets the tone for decades to come. The memories of what Eddie Sutton built are fading, at least on a national level. Another five years like the ten the program just had may bury it in mediocrity permanently.

So, who’s the next coach? Bill Self isn’t coming back anytime soon, and what other big time, proven coach wants to come right now? None, that’s who. Maybe after Sean Sutton they could’ve still landed a proven name, but that ship has sailed. The obvious answer is to search in smaller schools, the lower divisions, and find that gem; find the up and comer who is doing it right and can keep doing it right in Stillwater.

But, even if you hire the right coach no one’s ever heard of, how can he recruit players to Stillwater right now? What kid wants to come play in front of 500 people in a giant, empty arena? Even if he can recruit, how do you know he’ll be successful? Travis Ford was supposed to be the right guy, the gem, the up and comer. Ford recruited his tail off, but either couldn’t develop the players or they didn’t stick around.

Add in the complication that Cowboy basketball isn’t the only show in town anymore (Thunder) and the uphill climb gets steeper. Plus, no basketball coach in OSU history has had to deal with sustained success in football. Let’s be honest, Mike Gundy isn’t doing the basketball team any favors. This is as much as marketing decision as it is a coaching decision. That’s just the nature of college sports these days. It’s a business.

The answer is Doug Gottlieb.

You knew that’s where this was heading so we may as well get into it. There are reasons why hiring Gottlieb is foolish, number one being he has never coached before. It could be a disaster, another slide down the ladder accompanied with the circus of hiring a media personality as coach. But in this set of circumstances for Oklahoma State the possible reward outweighs the risk. Holder needs to find a way to infuse interest IMMEDIATELY. Gottlieb would do that. He’s an alum, and hiring ex-players as head coaches has historically worked well for OSU. His popularity as a media personality, the same that would cause a circus if he failed, would help immensely in the short term. The students would come out en masse. There’s already a student lead movement on campus and on social media to #BringDougHome. Season ticket sales would soar. Out of curiosity, Cowboy fans would make the drive from Tulsa and Oklahoma City, each an hour away, just to see the show. He would be able to recruit well enough just based on his celebrity. He knows basketball as well as anyone. His knowledge of the game is truly impressive. Whether or not he can teach it is yet to be known, but that takes a back seat at the moment.

Gallagher-Iba would be rocking again for the first two seasons, even if he only won at the same level Ford has. The hope would be that he’d become a good coach before the novelty wore off and the excitement waned. Some of his inexperience can be dealt with by hiring experienced assistants. James Dickey would probably be retained, and I’m sure Eddie Sutton would point out some names to one of his favorite ex-players. Even if after two or three years the Doug experiment failed you’d have to think the program would be in better position, with an interested fan base and national attention, to hire the ‘right coach’ than it is now.

Would hiring Doug Gottlieb be a risk for Oklahoma State? Of course, but one worth taking.

Iowa State’s finale vs. Kansas to determine March Madness fate
Why the Mountaineers can win it all this March
To Top