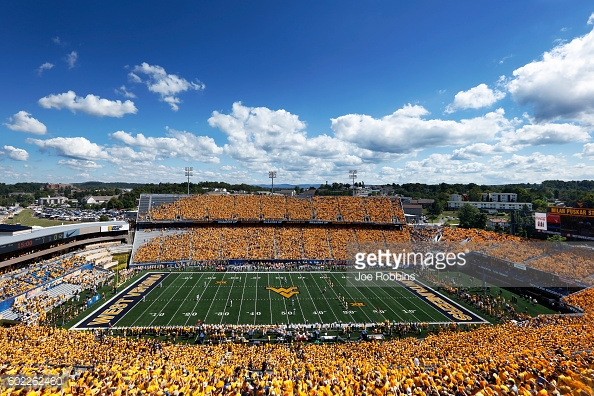 Mitch Vingle of the Charleston Gazette-Mail wrote a really good piece about a conversation he had with West Virginia AD Shane Lyons. A plethora of topics were hit on, from issues at the home opener against Missouri, to the University’s decision to schedule one FCS opponent in coming years.

Lyons told Vingle, “We need a home game. I can get a ‘buy’ game against an FBS school but the going rate now is $1.4 million, while an FCS school is $500,000. From a business standpoint, which one do you go with?”

That is one of the more overlooked aspects of scheduling FCS opponents. It’s a simple business decision that saves the University, in this case, almost $1 million.

Lyons did defend his program, as he should, adding, ““Eleven of the 12 schools we have coming up [on each schedule] are Power 5 institutions. Also, there’s sometimes a very fine line between FBS and FCS teams.”

Honestly, I am fine with Power 5 teams having one game against an FCS opponent. It helps the FCS school pay their bills, give the guys a mental break for a week, which all 18-22 year olds need), and (typically) adds one to the win column.

It’s when Baylor schedules 1 or 2 in the non-conference, along with a Group of 5 school, when it is a joke.

In fact, if I was the Big 12, I would take the SEC route and schedule a strategic FCS game in November, which can be used as a much needed mental and physical breather late in the season.

I don’t think it hinders teams to open with a tough Power 5 game. Yes, it hurt Oklahoma this year. But, they looked more unprepared and, maybe, already focused on Ohio State. But, Oklahoma State played above expectations in recent years with openers against Mississippi State and Florida State.

So, West Virginia does not need to be apologizing for their schedule. Lyons and Holgorsen do a really good job giving the fan base an interesting non-conference. If only the rest of the Big 12 could get on board!