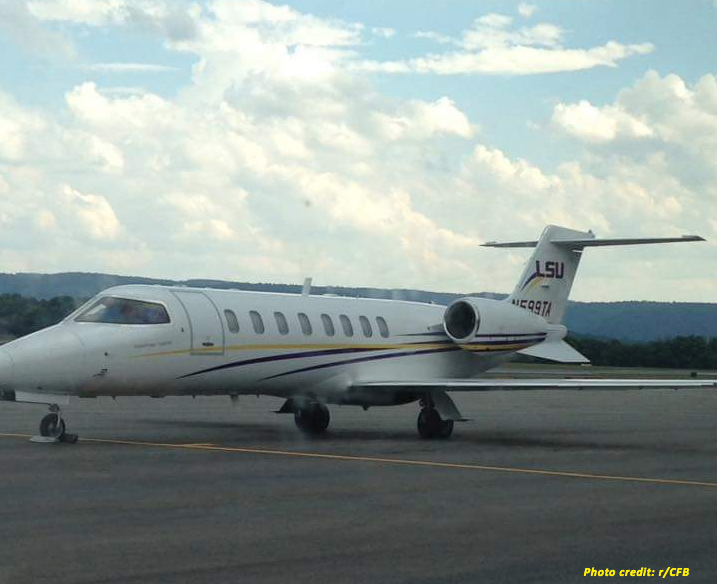 A jet with an LSU logo landed at Morgantown Municipal Airport late on Monday morning, according FlightAware.com. The jet reportedly left Lafayette, La., around 8:37 a.m. central time this morning.

The Mountaineers are 3-0 so far this season and one of only two undefeated teams left in the Big 12. Could Dana Holgorsen be on the short list for LSU? Well, LSU is clearly looking for an offensive-minded coach after Les Miles failed to produce an offense that matched his quality defense. Also, Holgorsen’s contract only runs through 2017.

The whole thing seems like a total long shot, and frankly, I don’t see Holgorsen to LSU ever happening. But nonetheless, it’s a fascinating storyline to watch, especially if West Virginia continues to exceed expectations this fall.

Do you think Holgorsen would be a fit at LSU? Let us know in the comments below.

WVU beats BYU: The good, bad, and unexpected from FedExField
Big 12 Game of the Week Preview: West Virginia vs. Kansas State
To Top