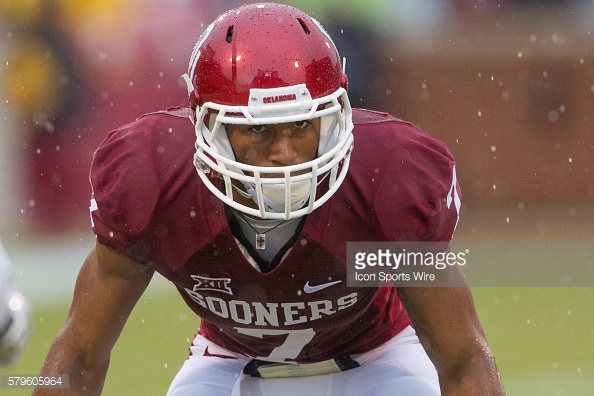 Oklahoma cornerback Jordan Thomas announced on Twitter he will return to the Sooners for his senior season in 2017, passing on the 2017 NFL Draft.

This news for the Sooners comes on the heels of offensive tackle Orlando Brown announcing his intentions to come back to Norman in 2017.

PSA: I will be returning to the University of Oklahoma for my senior year. ??#BoomerSooner??

Thomas led the Big 12 with 16 pass breakups and tallied 44 total tackles this season. But, the cornerback had just one interception, which is four less than he had during his sophomore season in 2015.

Oklahoma’s secondary struggled for much of this season, but Thomas is the top player to return in the secondary, which is a sigh of relief for Bob and Mike Stoops.

The Sooners take on the Auburn Tigers in the Sugar Bowl on Monday January 2nd.