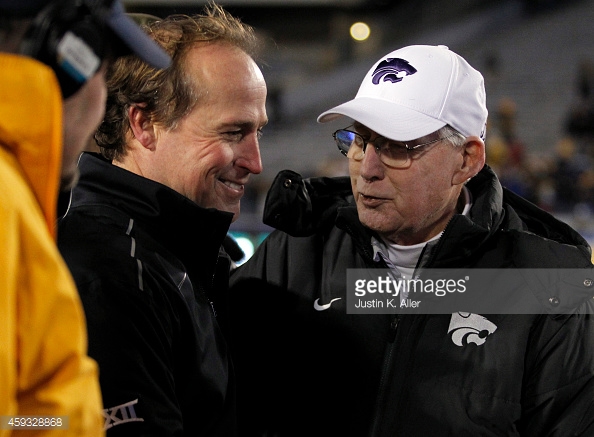 With Junior College Signing Day taking place on Wednesday, several Big 12 teams locked up some big names. But once again, it’s the teams outside of Texas and Oklahoma, such as Kansas, Kansas State, Iowa State and West Virginia that are best utilizing junior college players.

As college football fans, we get caught up in the recruiting rankings. We try to find out all the hot-shot high school players and anxiously await their announcement on the first Wednesday in February.

But, often times, we overlook national signing day for Junior College players, who can sometimes be the more productive players and make the more immediate impact.

In the Big 12, the blue bloods, Oklahoma and Texas, don’t typically go the junior college rout. Or, if they do, it’s not because of necessity. It’s typically the exception to the rule. They have their pick of the litter of 4 and 5-star high school recruits. But, the rest of the Big 12, especially the schools in the old Big 12 North, need to find those “diamonds in the rough”, be it under-recruited players in Texas or junior college players.

Sure, these kids can often come with baggage, be it off-field issues or trouble in the classroom. But, when you’re in a state like Kansas, Iowa or West Virginia, where the 4-star recruits are a fraction of what there is in Texas, you’ve got to think outside the box.

So, as we look at Junior College National Signing Day 2016, it’s become clear that many of the Big 12 schools are really hammering and utilizing the junior college players, which should bode well for the competitiveness in the conference.

When you look at Scout.com’s rankings of the top Junior College players, a few things should stand out:

First off, we should throw Texas Tech into that group with the “old Big 12 North”, because as anyone who knows georgraphy, Lubbock feels like a world away from the Dallas/Houston metros. So, the Red Raiders often need to think outside the box to find talent.

In the Top 30, of the junior college rankings for West Virginia is outside linebacker Quondarius Qualls from Northwest Mississippi CC.

Meantime, in the Top 30 for Iowa State is defensive tackle Kamilo Tongamoa from Merced.

2. David Beaty and the Kansas Jayhawks are bringing in 3 junior college recruits ranked in the Top 100.

Defensive tackle J.J. Holmes from Hutchinson CC, cornerback Hasan Defense (this guy had to play on that side of the ball, right?), and quarterback Peyton Bender from Itawamba CC.

David Beaty knows he has to go the junior college rout for some players, but cannot overdo it like his predecessor Charlie Weis who infamously overdid it on the junior college front, bringing in 26 players in only two classes, 2012 and 2013. For the record, most didn’t pan out.

3. Other than Oklahoma, the Kansas State Wildcats bring in the top junior college recruit in the Big 12, the #13 ranked player, safety Elijah Walker.

Kansas State head coach Bill Snyder is the one who, more or less, invented this style of recruiting, bringing in high-end junior college talent, while finding under-recruited skill players “down south”. Using these tactics, Snyder turned around Kansas State from one of the worst programs in college football to a powerhouse in the 1990’s to a very solid program today.

Bleacher report did a study of all the various blue-chip recruits (4-star and 5-star) over the past few years and which state each of these players came from.

As expected, Florida, Texas, and California led the way in blue-chippers.

By comparison, the state of Oklahoma was ranked 20th in top recruits. Kansas was ranked 33rd, with 6 blue-chip recruits over the past 5 years. Texas had 43 blue chip recruits just this year.

Iowa was right behind Kansas with only 5 blue chip recruits. Then, there is West Virginia, was tied for dead last, with zero blue-chip recruits over the past 5 years.

Yes, as we touched base on earlier, there are plenty of downsides and cautionary tales with junior college players. But, if you’re Dana Holgorsen, Bill Snyder, Matt Campbell, or David Beaty in a state with limited top-tier talent and being paid millions to try and beat Texas and Oklahoma, in the words of Miles Dalby from Risky Business, “sometimes you just gotta say ‘what the fuck’, make your move.”

We’ll see if those moves pay off for these Big 12 schools over the next couple of years.