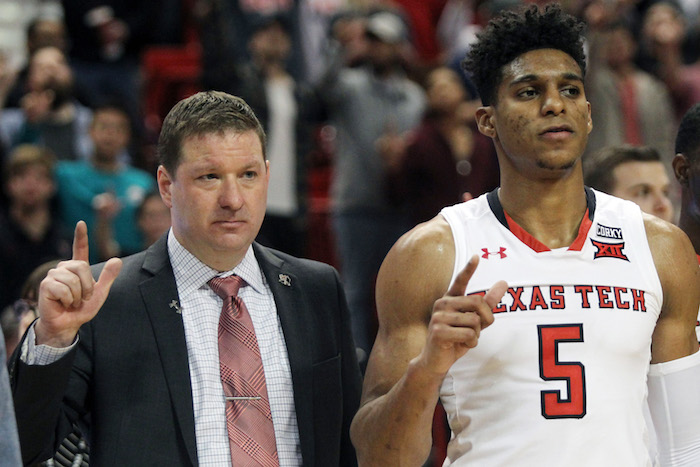 Texas Tech is having its best basketball seasons in over a decade, spending some time ranked in the top 10, but second year head coach Chris Beard still wants to see more fans at the games.

Beard was quoted as saying earlier this week, “If finances are ever a reason why you can’t come to the game, then I just want to invite anybody to send us an email to the basketball office. I would be more than glad to get them tickets myself.”

First off, this guy is awesome. Not only can he coach, but he’s a damn good guy. For some reason, my hunch tells me Bobby Knight never said anything along these lines. Here’s what Beard may have been referring to, as this is a view of the upper level from Tuesday’s game against Oklahoma State.

That near-empty baseline second level could be a reason why #Wreckem coach Chris Beard is offering to help financially-strapped fans get tickets for #RedRaiders games #Big12MBB @Heartland_CS pic.twitter.com/gNmBVlt3ip

I know Oklahoma State isn’t the most intriguing opponent in the Big 12, but this was still a huge game for the Red Raiders, who had lost two-straight games and three of four, and needed this win to get back on track. They did it in comeback fashion with a 75-70 win over the Cowboys.

The problem is, outside of Lawrence, Kansas, the Big 12 is still generally a football-first fan base. On Heartland College Sports, our best football articles surpass our best basketball articles. There is definitely interest in basketball, but it is more of a niche fan base for most of the schools, when compared to football.

Look across the conference, Oklahoma State rarely fills Gallagher Iba, even OU, which has had good teams in recent seasons, struggles with Lloyd Noble, and it’s a common theme for some other schools in the Big 12. This isn’t a knock on any fan base, it’s more just a way of life of a sign of what people are more interested in.

Also, Texas Tech doesn’t have that long history of basketball success. If Beard continues on this path to success, filling up United Supermarkets Arena shouldn’t be a problem moving forward. But in the meantime, it’s awesome of him to throw this offer out there.

Texas Tech has itself a damn good one in Coach Beard.