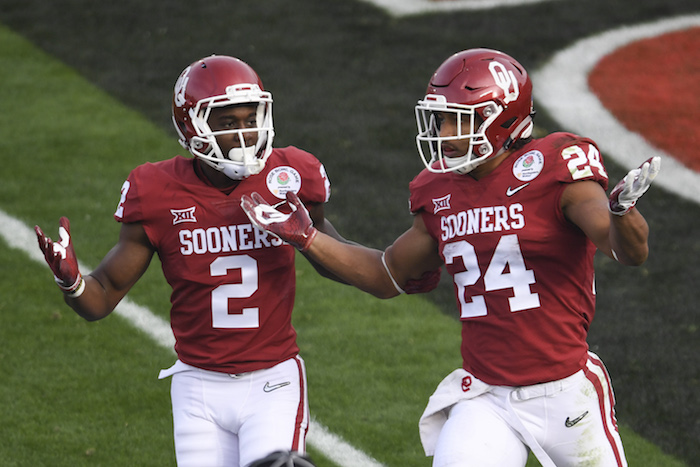 When Jeff Badet transferred from Kentucky to Oklahoma, he was expected to have a big impact on the wide receivers. That didn’t exactly happen, but Badet had a solid senior year in Norman. He finished with 26 catches for 400 yards and three touchdowns. Needless to say, that wasn’t good enough to receive an invite to this year’s NFL Combine.

So Badet had to wait for Oklahoma’s Pro Day to show off his stuff. And he did just that flashing his blazing speed.

That would have been the fastest 40 at the NFL Combine.

But that wasn’t all for Badet, who also excelled in other drills.

Considering Oklahoma’s Pro Day brings in some of the best talent evaluators in the NFL, Badet should benefit tremendously from having so many NFL eye balls on his performance.

Why he never lived up to expectations at OU remains a mystery to me. He never had more than five catches in a game (Ohio State, Kansas State) and had six games with one or zero catches. Those are questions that scouts and GMs will have for Lincoln Riley in the coming days and weeks.

But with good size (6′, 178) and that kind of athleticism, Badet should find himself on an NFL roster. Drafted? Let’s see. But he will get a chance to prove himself in an NFL camp this summer.