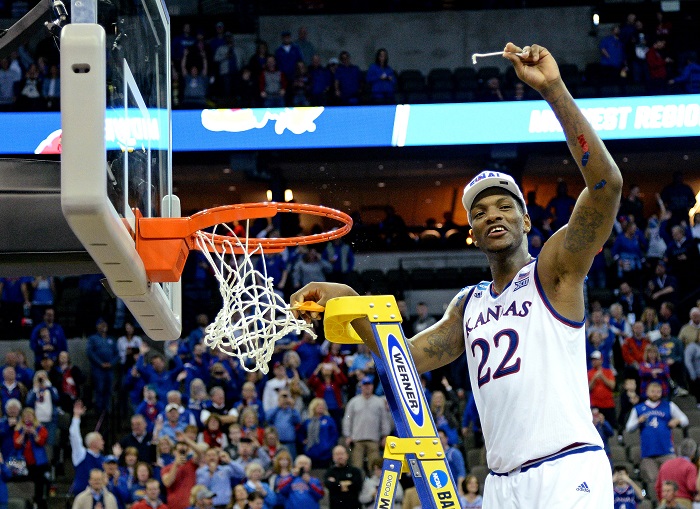 Kansas junior forward Silvio De Sousa has been suspended indefinitely by Jayhawks coach Bill Self for his involvement in a brawl that broke out at the end of Tuesday’s Kansas vs Kansas State game in Lawrence.

“I have suspended Silvio De Sousa indefinitely pending the final outcome of the review by KU and the Big 12 Conference. As I said last night, we are disappointed in his actions and there is no place in the game for that behavior,” Self said in a statement Wednesday.

De Sousa was seen throwing punches and picking up a stool and holding it above his head during the brawl, but thankfully an assistant coach took it out of his hands before any damage could be done. This all started after De Sousa blocked a shot with one second left in KU’s 81-60 victory.

Kansas State and the Big 12 Conference have yet to comment on further punishments. The Big 12-SEC Challenge takes place on Saturday with Kansas taking on Tennessee and Kansas State on the road against Alabama.