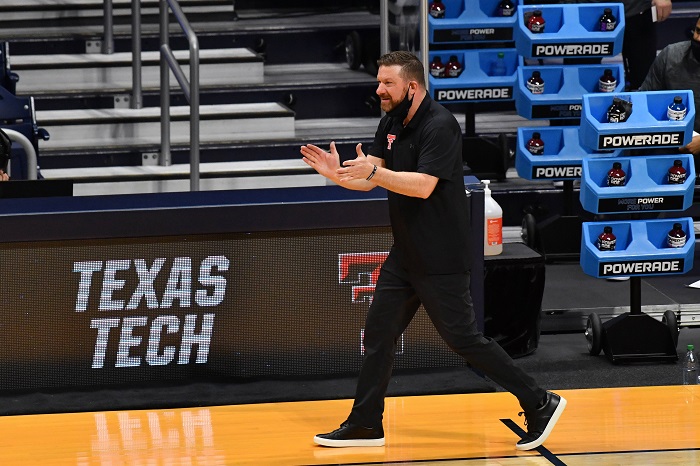 Here are three thoughts following the Texas Tech Red Raiders’ 68-66 loss to the Arkansas Razorbacks in the second round of the 2021 NCAA Tournament.

The Stretch that Nearly Saved Tech

Texas Tech has some stretches of awful shooting in this game. That 3-of-19 stretch to end the first half comes immediately to mind. But that stretch only left the Red Raiders down by one point at the break. They ended up falling behind by double digits in the second half, but for a few minutes in the second half the Red Raiders finally found their touch, especially from deep. Down 56-43 with 9:04 left in the game, the Red Raiders just went crazy from the arc. Kyler Edwards canned back-to-back 3-pointers to cut the lead to 56-49. Then, a Kevin McCullar layup shaved it to 56-51 with 7:04 left. Terrence Shannon Jr. couldn’t resist getting in on the action, making his own 3-pointer to cut the lead to 56-54 with 6:25 left. After a Moses Moody layup, Chibuzo Agbo — yes, Chibuzo Agbo, a freshman — banked a 3-pointer from the top of the arc to cut the lead to one point, 58-57 (Moody answered with a bank 3-pointer of his own). But it set the tone for the final five minutes of the game, as the Red Raiders never let the Razorbacks run away and hide. But the Red Raiders had multiple chances to take the lead and just couldn’t close the deal, as Arkansas won, 68-66.

Shannon, Kevin McCullar, and Edwards did end up having big games for the Red Raiders. Shannon scored 20 points, McCullar scored 15 points, and Edwards scored 11 points. Missing from that list was Mac McClung, who ended up with just nine points and only took six shots.

If Moses Moody Doesn’t Get You

Justin Smith probably will. Two days ago the Arkansas forward did something that hadn’t been done in Razorbacks basketball since 1994 —  put up at least 29 points and at least 13 rebounds in a NCAA Tournament game (Carlos Williamson was the last player to do it). Against the Red Raiders on Sunday he might have been even bigger. Texas Tech, as one might expect, paid quite a bit of attention to super freshman Moses Moody, who ended up with 15 points. Meanwhile, Smith put together another high-quality game — 20 points on 9-for-11 shooting. At one point Smith was shooting 8-for-10 and the rest of the Razorbacks were shooting 15-of-43. There’s a reason I highlighted Smith in my game preview. These Razorbacks are more than just Moody, and you saw that on Sunday.

The Streak is Over