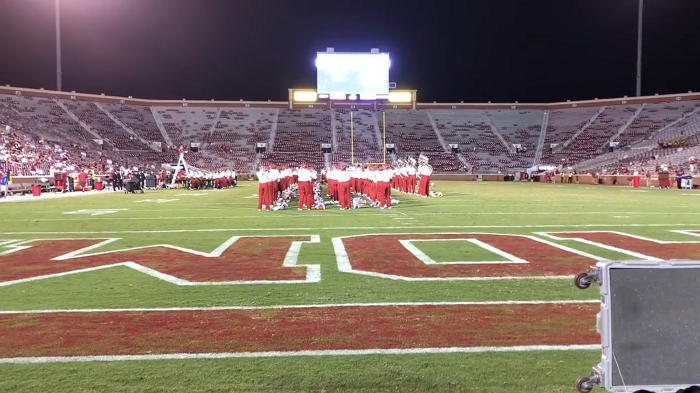 Saturday wasn’t just Week 2 of the college football season, it was also the 20th anniversary of September 11th. 20 years ago on Saturday the nation experienced the worst terrorist attack ever on this country’s soil. Several college football stadiums honored those who lost their lives that day, which was the right thing to do.

But this one video from Oklahoma is pretty powerful and took place after the tens of thousands of fans had cleared the stadium in Norman.

This video shows the Pride of Oklahoma marching band playing “Amazing Grace” in a tribute to the 9/11 victims, after the game had wrapped up, which Oklahoma won over Western Carolina 76-0.

It’s still strange to me to think that most of these students were not even alive on that horrific day 20 years ago, which makes it all that more important for educators and leaders of young people to share and instill the importance of the day, what it means, and how we need to continue to be vigilant in doing everything we can do make sure it never happens again.