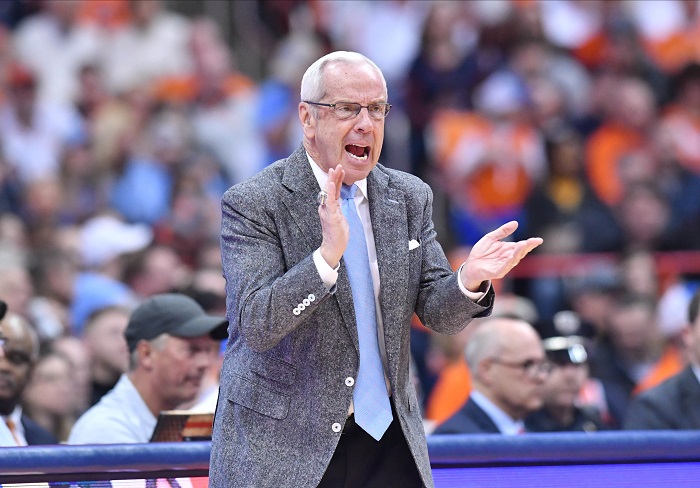 Roy Williams is now a retired college basketball coach and on Tuesday night he made a return to Lawrence, Kansas, where he made his name as a coach for 15 years.

Williams left Kansas for UNC in 2003, where he spent nearly two decades before retiring after last season at 70 years old. But he came back to Kansas on Tuesday night where he was honored by KU basketball and the Jayhawks faithful.

Here are some of the videos.

Here is how Roy Williams reacted to the video.

Williams, who has not seen a game in Allen Fieldhouse since he left KU for North Carolina after the 2002-03 season, announced his retirement as North Carolina coach on April 1. He won three national titles at UNC.

According to Bill Self, “Roy contacted a couple guys within our department and said he really wanted to come back to Allen Fieldhouse and see a game. This happened a couple, three weeks ago. Certainly he’s more than welcome.”

The Jayhawks are hosting the Iowa State Cyclones in a ranked match up on Tuesday night.

Georgia vs. Alabama was Second-Least Watched Championship Game in Playoff Era
Dajuan Harris Lay-Up Lifts No. 9 Kansas Past No. 15 Iowa State
To Top