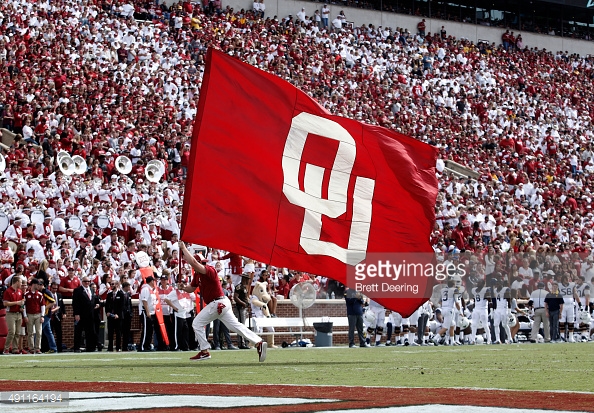 There’s never a dull moment in the Big 12.

This latest report comes from CBS Sports’ Dennis Dodd, who wrote in his piece on Big 12 expansion:

“The Big 12’s dysfunction is no secret. An Oklahoma source told CBS Sports that the school was “within 30 minutes” of leaving for the Pac-10 in 2010. That’s a reference to Pac-12 commissioner Larry Scott’s reported interest in raiding of six Big 12 teams in June of that year to form a Pac-16.”

It’s amazing how close we came to the Big 12 no longer existing at all. And then… the worst part: there would have been no Heartland College Sports! (just kidding, but seriously). If Oklahoma and Texas had bounced, the other Power Fives would have taken whoever was left over that the wanted, with the outcasts being relegated to the Group of Five.

Pete’s take: This really isn’t a great time for this report to be coming out. It was part of Dodd’s report that the Oklahoma Board of Regents wants to slow down the expansion talk by President David Boren. It shows the amount of instability and disagreement that remains in the Big 12.

In many ways, it’s similar to what is going on with the Republican Party. There is a massive divide between the pro-Trump group and the anti-Trump group. But, people like Ted Cruz, John Kasich, and RNC Chair Reince Priebus have, at least for the time being, stood down and united around Trump. They have to show a strong, united front to stand a chance in November.

If the Big 12 wants to last, live, grow and expand, they need to show much more of a united front than what we are seeing from several of these reports over the past week: Texas doesn’t want to expand, Oklahoma does, Texas Tech and TCU won’t vote for expansion to help out Texas. It’s like high school drama all over again. Hell, if you’re a BYU or Cincinnati, do you even WANT to join this conference? The answer is ‘yes’ because of the increased exposure and bigger pay day, but the Big 12 higher ups need to get their shit together. That starts with commissioner Bob Bowlsby. The biggest job of a commissioner is being the face of a conference, uniting and managing programs, presidents, and egos. Ultimately, it was the horrible leadership of John Marinatto that helped destruct the Big East a few years ago. Let’s hope Bowlsby’s place in history doesn’t end up with a similar storyline.