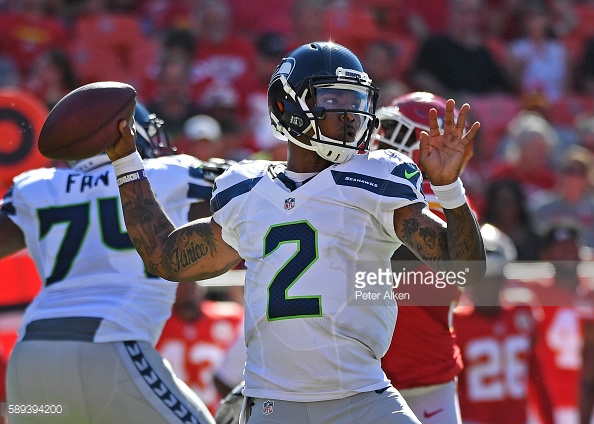 Trevone Boykin has always had to prove his worth at the quarterback position. Even after two historic seasons at TCU, Boykin couldn’t even get drafted, getting signed as a free agent by the Seahawks. Well, the rookie had a hell of an NFL debut, as he helped the Seahawks win their game on a last-second toss to Tanner McEvoy, followed by a successful two-point conversion for the 17-16 win over the Chiefs.

Boykin engineered a last-minute 88-yard drive to help seal the win for Seattle. He finished 16 of 26 for 188 yards. Here are his postgame comments:

Seahawks quarterback Trevone Boykin knows there is room for improvement despite leading his team to victory.

OK, so Boykin isn’t going to take over for Russell Wilson anytime soon. But, hopefully he’s turned enough heads to keep on in Seattle or land somewhere else after the preseason.