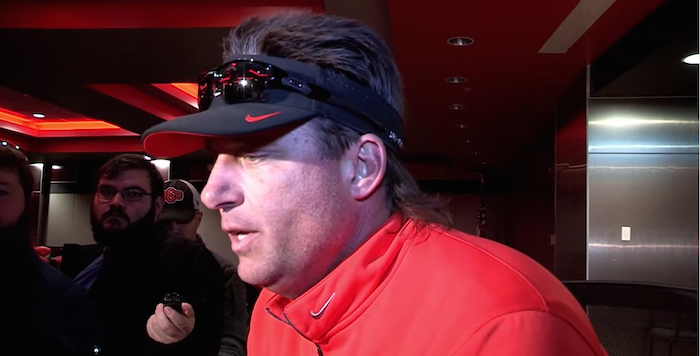 During a press conference to discuss the upcoming Alamo Bowl, Oklahoma State head coach Mike Gundy said he does not plan to watch the video of Joe Mixon punching Amelia Molitor.

The video of Mixon knocking out Molitor was released last Friday by the running back’s attorneys.

Gundy added, “There’s no reason for me to watch it. I’ve listened to everybody talk about it for three days, so I’ve got a pretty good idea what’s going on. But I have not seen it.”

Gundy and the Cowboys are getting set to face #11 Colorado in the Alamo Bowl on December 29th at 8:00 P.M. in San Antonio.