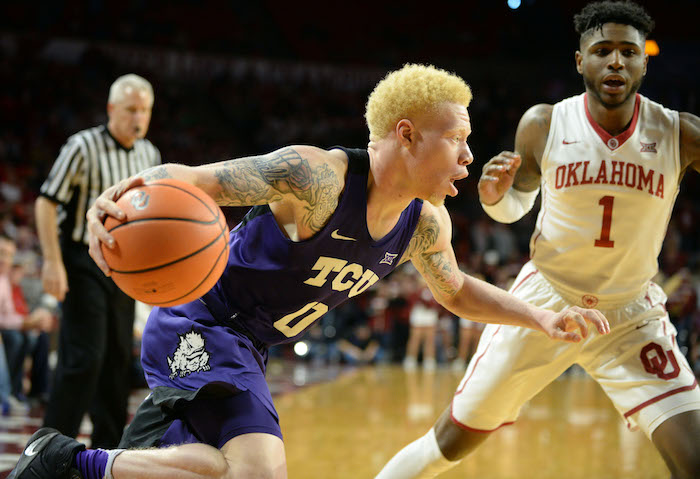 TCU already finds itself off to a 1-4 start in Big 12 play and the news only got worse on Wednesday. The Horned Frogs announced that point guard Jaylen Fisher is out indefinitely with a knee injury suffered in practice on Tuesday.

TCU did confirm that this injury is to Fisher’s right knee, meaning it’s not the same knee that he tore his meniscus in over the summer.

Fisher is averaging 12.3 points and 5.4 assists per game while shooting over 50 percent from the field. Fisher had also picked up the pace in Big 12 play, averaging 16.5 points per game over his last four.

The news got even worse as the Fort Worth Star-Telegram reported that the injury could be serious enough to end Fisher’s season. The guard is awaiting an MRI.

Fisher came to TCU as part of the Class of 2016 as a 4-star player from Arlington, Tennessee. He is the highest-ranked basketball player to ever attend TCU.

TCU lost to Texas on Saturday and hosts Iowa State tonight, followed by a trip to Manhattan, KS to play the Kansas State Wildcats on Saturday.