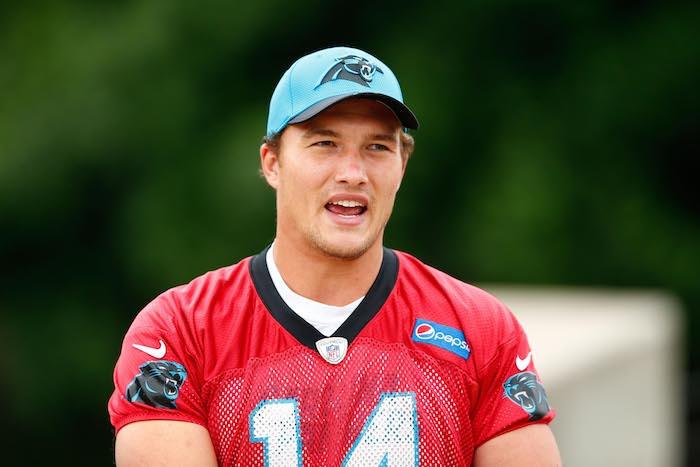 It was a great discussion with former Texas Longhorns David Ash about his struggles to reboot his football career and how his concussion history has affected his comeback. We also dig deeper into why the Texas Longhorns have struggled for nearly a decade and what his relationship is like with the current quarterbacks at Texas. Lots of great insights from Ash. Enjoy!

Here are some of the highlights:

On trying to come back and play football: “It’s been really tough… it’s really hard with a head injury stigma about you to convince a team to take a chance and let you try and prove that you can play football again… that’s ben the hardest thing. No matter how well I throw the ball, or physically look the part, it always winds back to two deals, they look at me and say, ‘You’ve been out 2.5 years and have no film, and we’re not sure you’re actually healthy… and its not a liability they want to take on’. And especially with the way the media has treated head injuries in recent years, it’s also just a liability in the media room, a team is looking at me to bring me on and say, ‘We’re going to have to answer a lot of questions.'”

Continuing on head injuries: “The media acts like football players who sign up to play football don’t know it’s a violent game. Every single person who signs up to play football does it because they love it, and to them, the fun of the game, the joy of playing, the life you can living playing a game is worth it. And the media tries to flip it around like, ‘These poor athletes who are taken advantage of, and these coaches who are only in it for the profit and will sacrifice quality of life,’ i think it’s just a little skewed… it kind of serves the people who want to play an injustice… when you’ve been hurt, it’s really hard to come back.”

What has gone wrong for Texas past decade: “There’s a lot of factors that go into it, I would say. The number one reason why Texas hasn’t been good for so long is that there’s hasn’t been any consistency in staff. When you see the downturn in 2010, the 5-7 year, the first losing season coach Brown might’ve ever had, he was forced to fire basically his whole offensive staff. And since then it’s been more and more coaching turnover. That staff that was let go right before I got there, I think they had the top offense 14 out of 15 years, and it was just that last year they struggled and they got fired… it’s just been so much turnover for the past few years that they haven’t had a quarterback who has been able to learn one system. When I was at Texas I think I learned three systems… and I think the third thing is, the best way to put it is all this pressure with coaches getting fired constantly at Texas, I think what it does is it creates this dynamic where coaches are under the gun and they’re forced to be results oriented.”