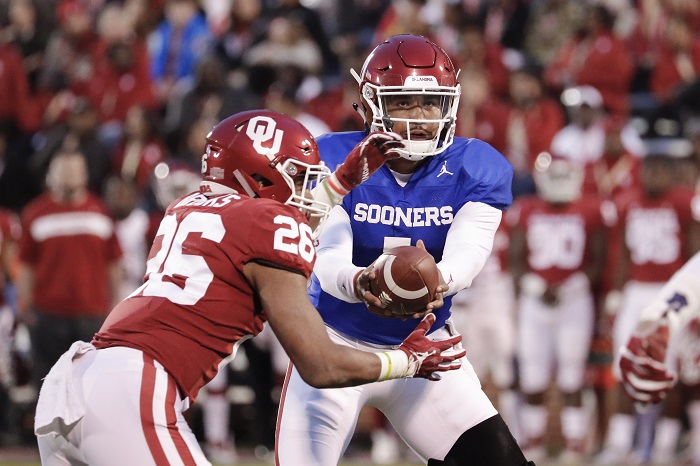 Oklahoma Sooners head coach Lincoln Riley has announced that Jalen Hurts will be the program’s starting quarterback Week 1 against the Houston Cougars.

Hurts was named by our staff as the Preseason Big 12 Offensive Player of the Year after transferring from Alabama in the offseason.

As we noted a few weeks ago: “Hurts still has an excellent chance of being the most productive offensive player in the conference. He lost his starting job at Alabama, mostly because against the best of the best, he struggled throwing the ball. However, when Hurts had to relieve the injured Tua Tagovailoa in last year’s SEC Championship Game, he went 7 of 9 for 82 yards and a touchdown, helping lead the Alabama comeback.”

Now, Hurts gets to work under the offensive mastermind who helped Baker Mayfield and Kyler Murray each win the Heisman Trophy and become the No. 1 pick in the NFL Draft.

Hurts was always the odds-on favorite to win the job, but Riley made him earn it and beat out Tanner Mordecai and five-star freshman Spencer Rattler for the job. Now, the pressure is on Hurts to not miss a beat. I don’t think it’s possible to have bigger shoes to fill.