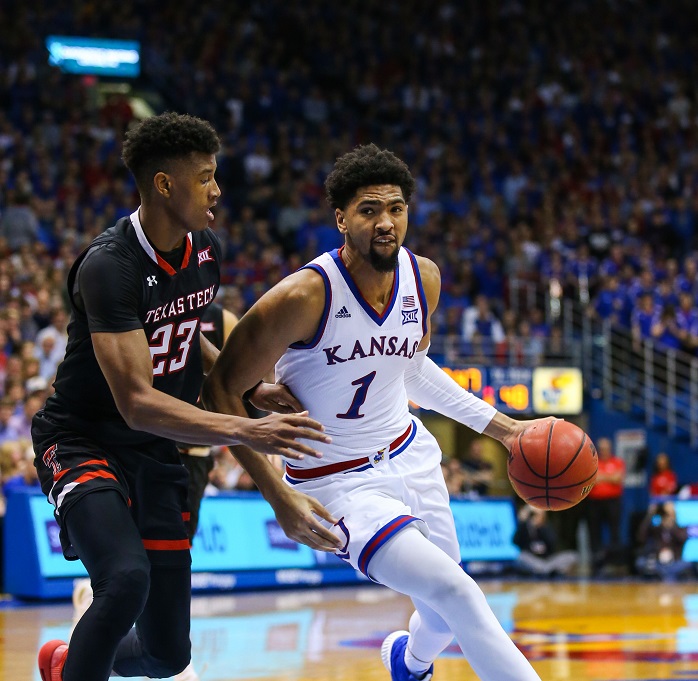 The Big 12 plays premier games all season and not just within the conference schedule. Now that Heartland College Sports has broken down each team’s schedule for 2019-20, here are HCS’s selections for the Top 10 games of the season, non-conference and/or conference, in order by date.

Well this one is kind of a no-brainer, right? Kansas brings a passel of talent on the perimeter and some question marks inside to the contest. Duke doesn’t have Zion Williamson anymore, but it’s Duke, so, you know, they just replace previous McDonald’s All-Americans with current McDonald’s All-Americans. This is how you start a college basketball season, a pair of the game’s top programs in the greatest city on earth.

It’s an early test for Texas, which hosted Purdue and beat the Boilermakers last year. It gives the Longhorns a chance to square off with a Top 25 team on the road to see what direction they’re headed. While UT won the postseason NIT last year, Purdue reached the Elite 8 before losing to eventual national champion Virginia.

Iowa State is a team that lost a second-round pick to the NBA and saw a few transfers and early entries leave the program. So the contest with Michigan on neutral ground represents a great opportunity to see what these young Cyclones are made of. Michigan reached the Sweet 16 last year before losing to Texas Tech.

TCU’s biggest non-conference test comes against USC, a team that didn’t even get into postseason action. But, the contest is auspicious. It will be the first basketball game played at Dickies Arena, the new sports/concert venue built in Fort Worth, Texas. It’s a short drive for Frogs fans and gives TCU a chance to measure itself against a comparable opponent.

Somehow, Arizona didn’t get into postseason action last year. Of course, it was a year after losing DeAndre Ayton to the NBA. But the Wildcats are always a tough out. If Baylor fancies itself an ascendant team in the Big 12 (and they should), taking care of the Wildcats at the Ferrell Center is a solid way to show it.

So it’s a big weekend in the Dallas-Fort Worth area, if you don’t mind driving a little. After the TCU game Friday evening and the Baylor game with Arizona, the weekend wraps up with a little Texas-Texas A&M hate at Dickies Arena. Not it’s not the same as football, but it’s nice to see these two rivals tangle in anything.

Houston reached the Sweet 16 last year and won 33 games. They feel like a team that could get that far again in 2019-20. Oklahoma State is a program that recruited well and could be a dark horse in the Big 12. How better to measure yourself against NCAA competition than a game on the road in Houston?

The Wildcats had a “down year” in 2018-19, winning 26 games and reaching the second round of the NCAA Tournament. The meeting last year in Lawrence, Kan., saw Kansas win that game, 74-71. Sometimes home court makes a difference, especially in non-conference.

How far has Texas Tech come? The NCAA Tournament finalists of a year ago drew the marquee game of the Big 12-SEC Challenge, hosting Kentucky in Lubbock. The Wildcats will bring their one-and-done crew to West Texas. Red Raiders head coach Chris Beard should have his relatively made-over roster playing great defense by then.

See, this is what you call good scheduling. The Big 12 schedule-maker deserves a drink, people. The league’s ultimate blue blood against the defending Big 12 regular-season champion on the season’s final weekend in a game that could have league seeding implications? Oh, yes, please.