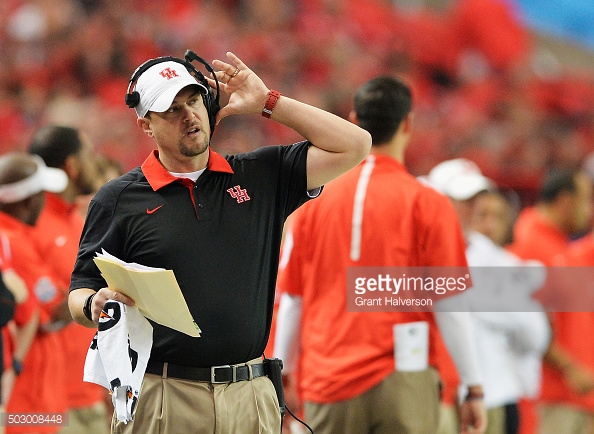 Heartland College Sports has learned that Baylor University and Houston head coach Tom Herman have already touched base regarding the possibility of Herman becoming the next head coach of the Baylor Bears. Herman’s agent was recently in Waco to discuss the position.

Of course, this comes on the heels of Baylor hiring Mack Rhaodes to become their next Athletic Director. Rhoades leaves Missouri where he spent just over a year. To tie it all together, Rhoades was the AD at Houston when the University hired Tom Herman in 2015.

Baylor has big money donors that will pay Herman at least what Briles was making (closing in on $6 million), if not more. According to our sources, Herman has interest in Baylor because the players and recruits from the Briles regime are similar to that of his current scheme at Houston.

Also, when it comes to the possibility of an opening at Texas or Texas A&M that may supersede Herman’s interest in a place like Baylor, that is, according to our sources, not true. Being the head coach of the Texas Longhorns is just as much a political job as it is a football job, which is reportedly not of nearly as much interest to Herman.