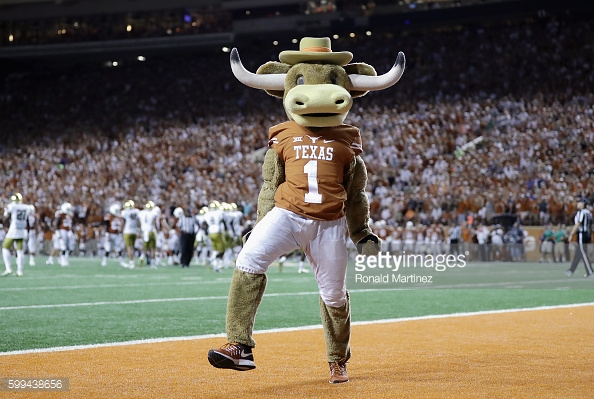 Texas is already racking up some off-field wins following their thrilling 50-47 victory over #10 Notre Dame in double overtime on Sunday night.

Temple, Texas 4-star defensive end Ta’quon Graham announced on Monday that he had given a verbal commitment to the University of Texas. Graham becomes the eighth member of Texas’ 2017 recruiting class.

On Monday afternoon, head coach Charlie Strong seemed to share the excitement with the fan base.

According to 247Sports, Graham had offers from other powerhouses such as Georgia, Michigan, Oklahoma, Oregon and Texas A&M.

In other Texas-related recruiting news, the nation’s top defensive tackle Marvin Wilson, was at Sunday night’s game against Notre Dame. Based on his twitter feed, he seemed to enjoy himself.

Wilson is a 5-star DT and considered by 247 to be the third-ranked recruit in the nation, for any position. He currently has offers from Florida State, Alabama, and LSU.

Big 12 Picks Against the Spread: Week One
HCS Week 1 Big 12 Awards: Who should you buy a beer for?
To Top