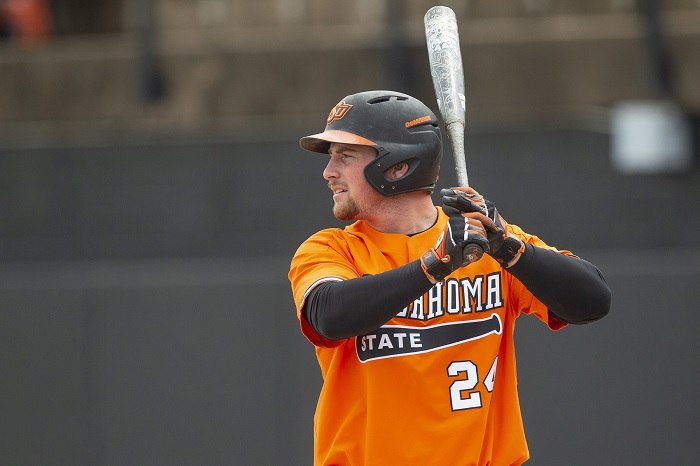 *All games will be played at Chickasaw Bricktown Ballpark

Oklahoma State will be the clear favorite in this regional. Let’s start off by saying Harvard is much better in the classroom than they are on the diamond. The Crimson are making their first appearance in an NCAA Regional since 2005 and it’s only because they won The Ivy League. 23 of their 41 games came against conference competition. Their rotation doesn’t provide a pitcher with a sub 4.00 ERA. The offense has yet to truly be tested. To say the least, Harvard is likely just happy with their conference crown. Assuming the pokes get past Harvard, they’ll meet either Connecticut or Nebraska. The Huskers, led by former MLB All-Star Darin Erstad, plays completely as a team. There is no “slugger’. There is not a “speedster”. Many of them have similar statistics. As for the pitching staff, they have a solid rotation. Nebraska can play with the best. In fact, the Huskers scored wins over three Big 12 opponents this season. This includes a series win at Baylor and a neutral site victory over Texas Tech. When the Huskers play solid defense, they have a shot to win. That goes for all of the teams in this regional as all rank worse than 140th in fielding percentage out of 299 teams.

Connecticut is an inconsistent team. They’ll win some and they’ll lose some. UConn was swept once this season, by regional host East Carolina. Their only sweep came against a deplorable Michigan State team. Outside of that, they’ll allow a mediocre Cincinnati team to win the AAC Tournament, but take the series against Louisville and Houston. They are middle of the road in every aspect of the game, but they still managed to win 36 games and score an NCAA Regional berth. Connecticut is that team that drives every other fan base insane, but just doesn’t win the regional. The best team, and most consistent here, is Oklahoma State by far. The Pokes are the only team here to win their conference tournament. Oklahoma State swept regional host Oregon State on the road in May. They have multiple sluggers and a high-octane offense that should light this regional up. Anything outside of a Super Regionals appearance is a major disappointment for the Cowboys.