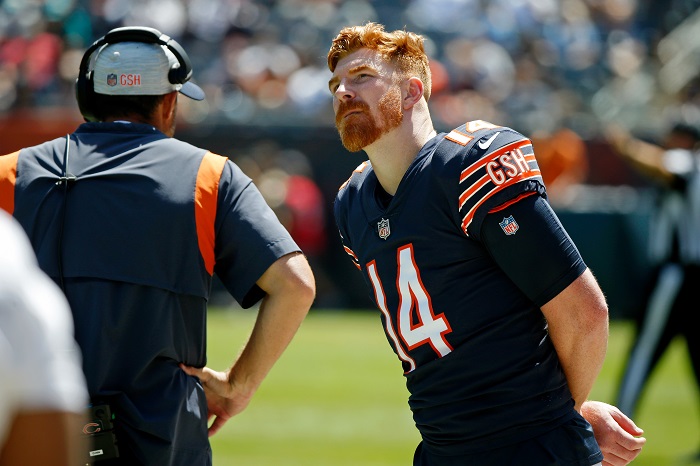 Former TCU Horned Frogs QB Andy Dalton has had a long NFL career, but he’s clearly on the home stretch. However he’s still got the confidence that he needs. And that confidence showed when he was asked about if he will be the starter of rookie Justin Fields, who was a top pick in this year’s NFL Draft out of Ohio State.

That didn’t go well on social media, with Dalton getting roasted and he ended up trending on Twitter.