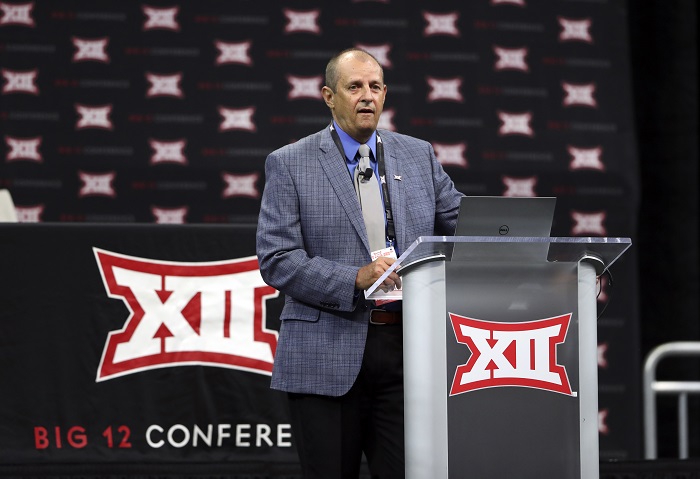 Oklahoma’s game against Kansas ended up being one of the most exciting games of the weekend in college football. The Sooners were 38-point favorites, but led by just five points in the final minutes trying to clinch a victory over KU. On fourth down, Oklahoma quarterback Caleb Williams handed it off to Kennedy Brooks, who was not going to get the first down, when Williams pulled the ball out of Brooks’ hands and converted the first down on his own.

If you haven’t seen the video, here it is.

Well, there was a ton of confusion as to whether or not that was a legal play. Ultimately, the Big 12 refs said it was legal, and a couple plays later, Oklahoma punched in a touchdown that sealed the victory for OU. After the game, the conference made a statement confirming it was a legal play.

Big 12 coordinator of football officials Greg Burk said about the review and the decision:

The action is allowed under rule 7-6-a which states, “A Team A back may hand the ball forward to another back only if both are behind their line of scrimmage and the player handing the ball forward has not had their entire body beyond the neutral zone.”

That may not help heal the wounds of Kansas football fans who wonder what could have been, but at least it explains the decision and confirms it was the correct call.