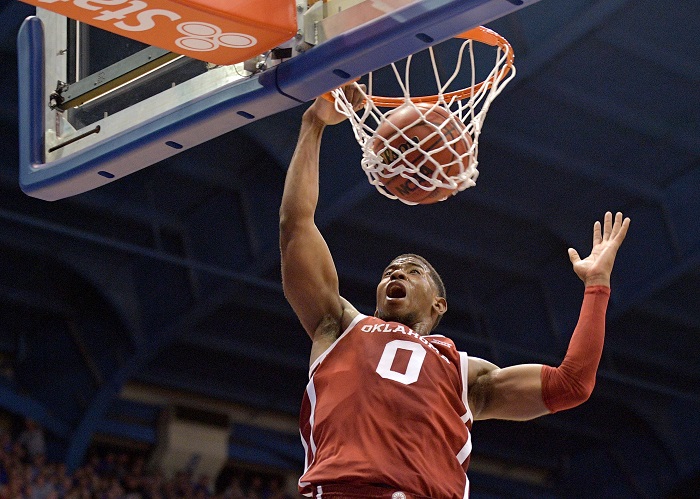 After watching each of the Big 12 games for Week 1 of the league season (Jan. 2-6), here is the Heartland College Sports Men’s Basketball Starting 5.

The leading scorer in the Big 12 did not disappoint as he led the Cyclones to a 2-0 start in league action. He dumped in 17 points and grabbed 6 rebounds against Oklahoma State. Then, on Saturday, he poured in 24 points and grabbed another 5 rebounds against Kansas. Against Kansas he was perfect from the 3-point line. He transferred from Virginia and had to sit for a year before hitting the floor for the Cyclones. He was clearly worth the wait.

He only played one game this week, but he did a lot in that one game — 18 points and 10 assists, the most assists of any Big 12 player this week. He’s developed into one of the college game’s truly gifted passers. His 8.7 assists per game is tops in the Big 12 and the fact that he’s in the league’s Top 20 in scoring means he’s a player that must be accounted for every minute. By the way, only Murray State’s Ja Morant is averaging more assists per game than Robinson.

James might be the most improved player in the entire conference. It’s not that he wasn’t a good player a season ago. But the hard work he put in during the offseason has clearly turned him into a prominent Big 12 player. And, despite the Sooners’ 1-1 record this week, he played like it. James was one of two players in the league to have double-doubles in both games this week. I don’t necessarily think of the 6-foot-4 guard as a rebounder, but it’s time for me and the rest of us to start.

Remember — there were two players in the Big 12 with two double-doubles this past week, and he’s the other one. Lawson managed the feat against Oklahoma and Iowa State, and even though it only led to a 1-1 record for the Jayhawks, he deserves a spot here. Remember — it’s a Starting 5, so I’m looking for the five best players on the week. Lawson was one of them, in spite of the six turnovers against Iowa State.

This fifth spot was a tough one this week. Culver only had nine points against Kansas State on Saturday, but he overcame scoring no points against West Virginia on Wednesday to score 18 second-half points to help the Red Raiders beat the Mountaineers. Go back and look at that play-by-play. He scored 10 of those points in the final four minutes. Even with the Mountaineers totally focused on him, he still managed to find a way to impact the game when it mattered the most.

The Longhorns needed a boost off the bench in their opener against Kansas State and Febres more than delivered, scoring 23 points in the Big 12 opener, including a 7-of-9 game from the 3-point line. He only had four points against West Virginia, but Febres had the bench performance of the week in the Big 12.