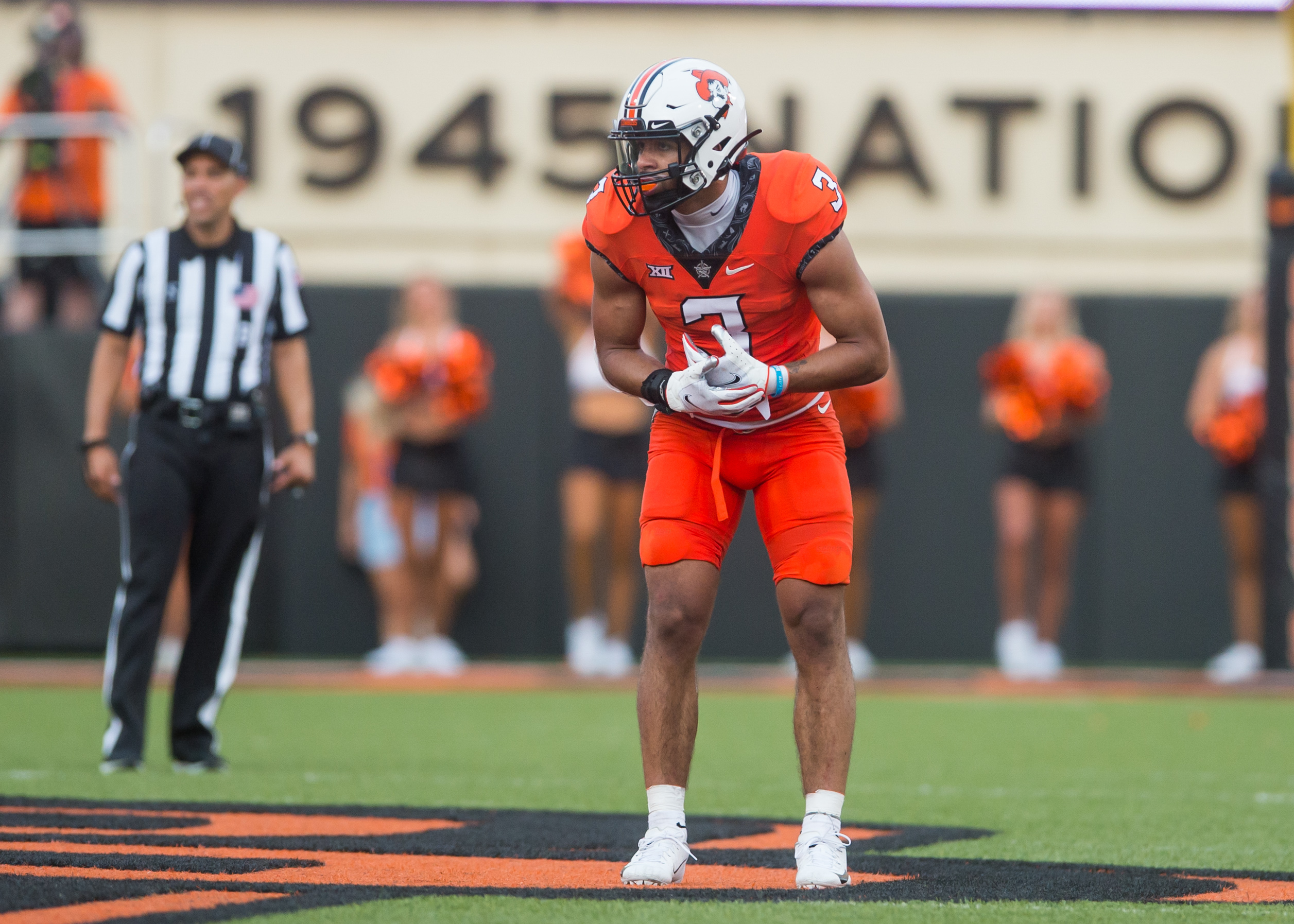 Oklahoma State safety Tre Sterling has played his final game as a Cowboy.

Just a little while after his team’s Fiesta Bowl victory over Notre Dame, the fifth-year senior announced his decision to head to the NFL. Tre could have come back for another season but decided it was best to get ready for the 2022 NFL Draft.

Coming out of Sunnyvale, Texas, Sterling came to Oklahoma State as a three-star prospect according to 247Sports. After a redshirt his freshman season and being on special teams in his second year, he finally carved his role on the team back in 2019 where he ended up being an All-Big 12 Honorable Mention player. In the 2020 season, he earned the same conference honor and recorded 51 tackles, 12 TFLs and three sacks.

Coming into this season, Sterling was going to be one of the stars of the Oklahoma State defense once again and instead had his season cut short in September due to an injury that required surgery.

That surgery was supposed to end his season and instead, he ended up making his return earlier than expected. Sterling got to play on Saturday in the Fiesta Bowl as he recorded two tackles.