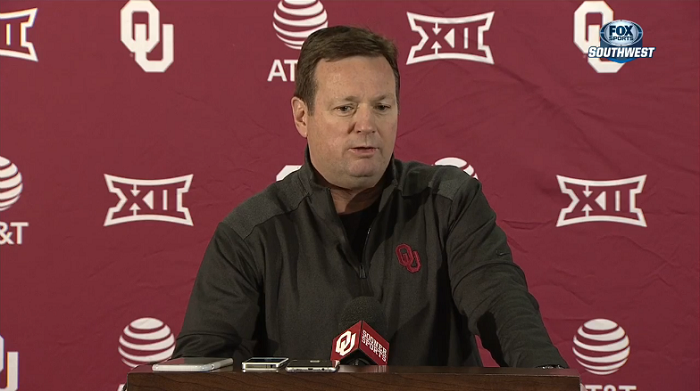 After getting blown out by Georgia 42-7 on Saturday, the Florida Gators reportedly decided to part ways with head coach Jim McElwain.

McElwain went 22-12 at Florida, but his offense remained a disaster. The Gators ranked 109th in the country in points per game. In 2015 it was ranked 100th and last season the offense came in at 107th.

So, here we go. As the coaching carousel is officially underway in the Power 5 conference, Matt Campbell’s name is going to be popping up. This becomes even more likely as the Cyclones are now ranked in the top 15 after beating TCU 14-7 on Saturday.

But the good news is that Campbell reportedly isn’t the #1 option.

Mike Norvell is the 36-year-old head coach of the Memphis Tigers, who are 7-1 this season and in the Top 25. Norvell took Memphis to an 8-5 record his first season in 2016 and prior to that spent time as the offensive coordinator and assistant head coach at Arizona State.

As for Campbell, didn’t well say two weeks ago it’s time for the Cyclones to renegotiate his contract? I might be doing that tomorrow morning if I’m Jamie Pollard.

Now as for Stoops, it’s a total longshot.

Yes it makes some sense as the connections are there. He’s a former Florida defensive coordinator under Steve Spurrier from 1996-1998. Spurrier is still involved with Florida football and the two remain close friends.

But not only is Stoops very expensive, as Heitner notes, Stoops has made it clear on multiple occasions he has zero intentions of getting back into coaching.

Might Steve Spurrier be able to change his mind? It doesn’t seem likely, but it’s going to set up for a fun searching coach in Gainesville.

Stoops is going to become the next Jon Gruden, in the sense that his name is going to come up for every big time head coaching job over the next couple of seasons. Until he starts turning down jobs, the rumors will persist. Let’s see what happens.