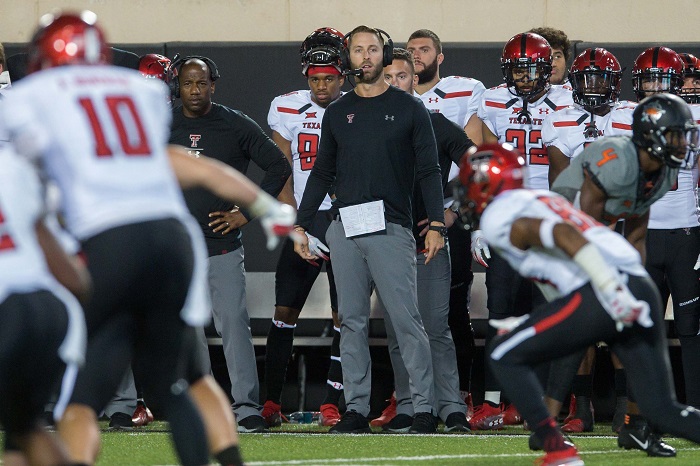 Was it a fluke? A mirage? I don’t know, but Texas Tech will take it. The Red Raiders’ dominant 41-17 win over Oklahoma State was the program’s first against the Pokes since 2008 and first in Stillwater since 2001. Suddenly, at 3-1, Kliff Kingsbury has some momentum that this program hasn’t had at this point in the season.

Now you might say, hang on, we’ve been here before with the Red Raiders. We have, technically, over the past three years, but this does feel different.

In 2015, there was the solid non-conference win over Arkansas to improve to 3-0, but then came five losses in seven games, as Tech stumbled to a 7-6 season.

In 2016, the Red Raiders also got off to a 3-1 start, but their wins came over Stephen F. Austin, Louisiana Tech and Kansas, all at home, while the loss was that 68-55 shootout against Arizona State in Tempe. That opening stretch was following by three-straight losses and six losses in seven games.

Last season, Tech was 3-0 before a home loss to Oklahoma State put them at 3-1. Then a big win over Kansas to improve to 4-1 was followed up by four straight losses and five losses in six games.

Alas, here we are again with the Red Raiders. But after the mess that was the opener against Ole Miss, these back-to-back wins over a very good Group of 5 Houston program at home and a road win over Oklahoma State is a better pair of wins than any over the previous three seasons.

On Saturday, shutting out Oklahoma State’s offense during the second half, while dominating OSU for over 200 rushing yards are the kinds of things that will make Red Raiders fans pinch themselves. Kingsbury, who picked up his first win over Mike Gundy, admitted this one felt good, saying, “[Mike Gundy] has had our number for a long time, particularly out here. So for those guys to play the way they did and execute the way they did, I’m just proud of their effort. Hopefully we can build off it.”

That’s the key. Texas Tech needs to build off this in ways they have not in previous seasons. But if they continue to get this kind of quarterback play from their true freshman Alan Bowman, keep the running game effective and get the defensive play, especially in the secondary, we expected when the season began, Tech should be able to avoid the mid-season swoon of recent seasons.

Kingsbury added, about Bowman, “We are excited for him and his progress. He had a couple of throws he’d like to have back, but he doesn’t get rattled, he keeps playing. He has just got to keep progressing.” Bowman’s ability to not get rattled so far this season has been his most impressive quality for a young player.

One of the reasons I liked Oklahoma State in this game was because I thought that Bowman would end up struggling in his first true road game in a difficult environment at Boone Pickens Stadium. Boy was I wrong. Bowman finished 35/46 for 397 yards with two touchdowns to two interceptions. He’d take back a couple of his mistakes, but overall he’s doing everything Kingsbury is asking him to do. I think it’s safe to say that McLane Carter has officially been Wally Pipped.

But just like we thought before the season, if this turns into a season that Kliff Kingsbury and his staff can build on, the defense will be a big reason why. Holding Taylor Cornelius to 18 of 38 for 258 yards was a great start. The return of Jah’Shawn Johnson in the secondary was a big reason why, and Kingsbury admitted that his presence was felt, saying, “We weren’t happy the first three weeks with where we were. Getting Jah’Shawn (Johnson) back allowed some calmness to set back in. He’s a four-year starter and one of the best players in the conference. Adding him back added leadership and play-making ability and that helped.”

Johnson was desperately missed against Ole Miss and Houston and having him back clearly settled the entire back end of the defense on the road on Saturday night.

So looking ahead, suddenly, there is a very intriguing game next Saturday in Lubbock when the Red Raiders host Will Grier and the high-flying Mountaineers.

After WVU, it’s at TCU, who looks more vulnerable than that have the past couple of seasons, home against Kansas and at Iowa State. At worst, Kingsbury has to have his team go 2-2 over this stretch, which would have the Red Raiders at 5-3 heading into the Oklahoma game as they turn the calendar to November.

But based on what we’ve seen the past two weeks, Red Raiders fans should feel far more optimistic than they have over the past three seasons, when 3-1 starts crumbled away in October.