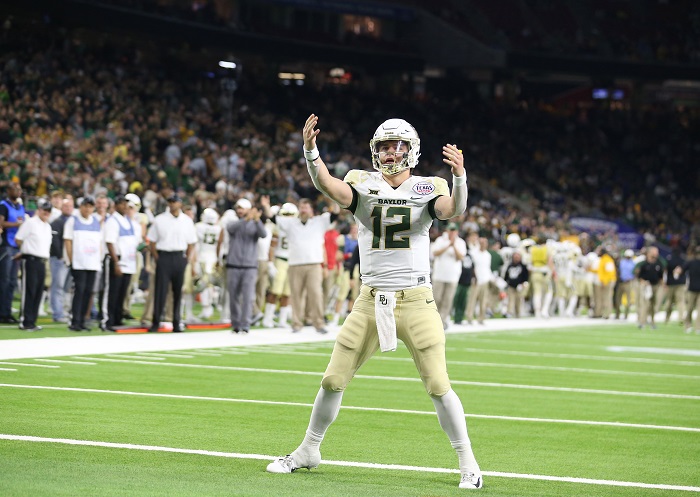 Here is everything you need to know about the Baylor Bears’ season opener in our Louisiana Tech vs. Baylor Preview.

UPDATE: This game has been postponed due to COVID-19.

The senior is one of the college game’s most unsung backs, and with several conferences not playing in 2020, this gives Henderson the room to shine on a national stage. The Second Team All-Conference USA selection rushed for 1,062 rushing yards and 15 touchdowns, making him the 13th back in LA Tech history to clear at least 1,000 yards rushing. He led Conference USA in rushing touchdowns in 2019. There’s a good chance Henderson may end up leading the conference in rushing AND rushing touchdowns in 2020.

At 6-foot-2, 217 pounds, he doesn’t necessarily fit the archetype of the Division I linebacker. But Barnett produces like one and part of the reason is that he can move like a safety. Last season Barnett had 59 total tackles (41 solo, 18 assists), 6.5 tackles for loss, 4.0 sacks, one forced fumble and one interception. His four sacks was second on the team and his six quarterback hurries led the team.

If you’re looking for an emerging player at this program, Williams could be the perfect selection. Last year Williams started 13 games, had 59 tackles and 9 tackles for loss, the latter of which was second on the team. He also had a team-high 5.5 sacks, including 1.5 sacks in the Bulldogs’ bowl appearance against Miami (FL). At 6-foot-4, 278 pounds, Williams could be ready for a major breakthrough in 2020, and not just in Conference USA.

With a new head coach in Dave Aranda, the stability Brewer brings to the quarterback position is a bonus. Brewer is the first four-year starter at Baylor since JJ Joe did it from 1990-93. Brewer is coming off a 2019 in which he led the Bears to the Big 12 title game and threw for 3,161 total yards on 215-of-389 passing with 21 touchdowns passes to just 7 interceptions, and also rushed for 344 yards on 147 carries and 11 touchdowns. Brewer should put up similar, if not better numbers, in 2020. Plus, Brewer has made a number change from 12 to 5 for his senior season.

In his third season at Baylor, Thornton is poised to become a national star, not just a Big 12 second option, now that Denzel Mims is off to the NFL. The All-Big 12 Honorable Mention selection started 11 of Baylor’s 12 games in 2019, finishing with 45 receptions for 782 yards and five touchdowns. All of those numbers were second-best on the team behind Mims, but Thornton had a better yards-per-catch average (17.4) than Mims (15.5).

If you’re looking for a Big 12 defensive player ready to take the step toward national acclaim, Bernard would be a good start. Baylor’s leading tackler as a sophomore in 2019, he finished the season with a team-high 112 total tackles (53 solo), 4.5 sacks for 33 yards, 3 fumble recoveries, 1 interception, 5 QB hurries and 2 pass breakups. An All-Big 12 Second Team pick last year, he could end up being the conference’s defensive player of the year. And that could lead him to the NFL sooner rather than later, as Bernard wrapped up his undergraduate degree in August.

The departure of quarterback J’Mar Smith ended three years of stability at quarterback for the Bulldogs, who are trying to decide between senior Westin Elliott — whom Smith beat out for the job in 2017 — redshirt sophomore Aaron Allen and graduate transfer Luke Anthony. Head coach Skip Holtz declined to make a decision after the Bulldogs’ last preseason workout on Saturday and provided no timetable for a decision. Allen and Anthony appear to have the inside track, based on the number of reps they received on Saturday. Whoever the starter is they inherit solid offensive tools, including Henderson, as the Bulldogs come off their best season under Holtz. But with questions at quarterback, the Bulldogs will have rely more on their defense early in the season.

Dave Aranda is Baylor’s fourth head coach in six seasons, and that sounds worse than it is. Art Briles was fired after the 2015 season in the wake of Baylor’s sexual assault scandal. Jim Grobe stepped in as a temporary replacement in 2016, followed by Matt Rhule. He rebuilt the program in three seasons and then followed his heart to the NFL and the Carolina Panthers. This is Aranda’s first head-coaching job, and his adjustment to calling the shots will be one of the significant threads of this season. Like Rhule, Aranda’s background is on defense, as he was LSU’s defensive coordinator during its national championship run last season. His only contact with the Big 12 before Baylor was a three-year stint as a graduate assistant at Texas Tech.

Predicting the score of any first-week game in any season is tough. It’s even tougher in a COVID-19 world where most teams didn’t get spring workouts and have not engaged in much contact during fall workouts. On talent, Baylor has LA Tech beat, as Aranda had a solid first year recruiting for the Bears and didn’t lose that much talent from 2019 to 2020. The stability at quarterback is going to be key in this one, as Brewer knows the players around him and has a great handle on the playbook. Brewer’s steady hand will make the difference as Baylor should start the season 1-0. Expect a motivated LA Tech outfit, however. The Bulldogs are consistently one of the more talented teams in the Group of 5 and have six straight winning seasons under Skip Holtz, including 10 wins in 2019.

Oklahoma vs. Missouri State: Preview and Prediction
Baylor vs. Louisiana Tech Has Been Postponed Due to COVID-19
To Top