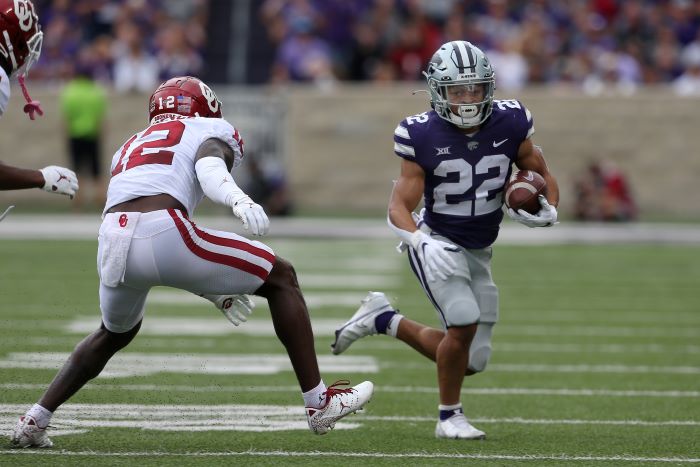 The 2022 college football season is chock-full of interesting matchups, with several games featuring Big 12 teams likely being featured as game of the week candidates throughout the year.

West Virginia-Pitt. Alabama-Texas. The Cy-Hawk Game. The Red River Shootout. Oklahoma State-Baylor. Bedlam. All of these games are circled on your calendars depending on which team you follow, but what are the games that people aren’t as aware of?

Here are five underrated games that you need to make sure and tune in for in the coming months.

Last season, Texas Tech went into Houston and gave Dana Holgorsen one of their two losses of the year by way of a 38-21 decision. Tech out scored the Cougars 31-0 in the second half last season and ran away with the game late. This year, TTU is breaking in a new head coach and Houston returns several pieces from a 12-2 squad. This should be a fun one in Week 2.

Everyone is talking about the Backyard Brawl between West Virginia and Pitt, and rightfully so, but what about the game three weeks later? West Virginia and Virginia Tech will face off for the 54th (WVU leads 29-23-1) time in Week 4, with the winner taking home the Black Diamond Trophy (debuted in 1997). Last season the Mountaineers got the better of the Hokies in Morgantown, winning 27-21.

Oklahoma is 2-2 against Kansas State in their last four games with each team going 1-1 at home. This year, Chris Klieman brings an experienced squad to Norman to face Brent Venables in his first year as a head coach. Venables will also face an old friend in the Wildcats as that is where he played college football and cut his teeth as an assistant coach under Bill Snyder.

Joey McGuire will welcome his former employer to Lubbock as Dave Aranda will bring the Baylor Bears to town. This will likely be a battle of similar philosophies as McGuire spent two seasons under Aranda at Baylor and brings the same compassion and work ethic to Texas Tech that Aranda did at Baylor. Last season, the Bears escaped with a 27-24 victory in Waco to close out the regular season.

Last season Iowa State was the single blemish on Oklahoma State’s otherwise perfect regular season, taking home a 24-21 win in Week 8. However, that game was in Ames and this year the Cyclones must come to Stillwater with out Brock Purdy and Breece Hall. Will Spencer Sanders be able to figure out Jon Heacock’s defense and exact revenge on the ‘Clones?